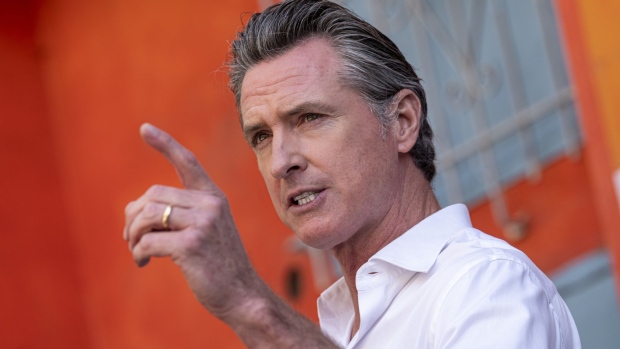 (Bloomberg) -- A top lawyer for the state of California has resigned, accusing the governor’s office of interfering with a discrimination lawsuit against Activision Blizzard Inc.

Melanie Proctor, the assistant chief counsel for California’s Department of Fair Employment and Housing, said in an email to staff Tuesday night that she was resigning to protest the fact that her boss at the agency, Chief Counsel Janette Wipper, had been abruptly fired by the governor. Both lawyers had already stepped down from the Activision lawsuit earlier this month without explanation. A representative for the two attorneys confirmed that Proctor had resigned and Wipper was fired.

The allegation and loss of the top two lawyers on the case raises questions about the fate of the Activision lawsuit, which accuses the Santa Monica, California-based video game publisher of sexual discrimination and misconduct. The case is currently pending in Los Angeles Superior Court. The lawsuit, which detailed Activision’s “frat boy” culture, led to employee walkouts, calls for the chief executive officer to resign, condemnation from its business partners and a stock plunge that culminated in Microsoft Corp.’s agreement earlier this year to purchase the company for $69 billion.

Proctor said in the email to staff that in recent weeks, California Governor Gavin Newsom and his office “began to interfere” with the Activision suit. “The Office of the Governor repeatedly demanded advance notice of litigation strategy and of next steps in the litigation,” Proctor wrote in the email, which was seen by Bloomberg. “As we continued to win in state court, this interference increased, mimicking the interests of Activision’s counsel.”

Proctor wrote that Wipper had “attempted to protect” the agency’s independence and was “abruptly terminated” as a result. “I hereby resign, effective April 13, 2022, in protest of the interference and Janette’s termination,” Proctor wrote.

Wipper is “evaluating all avenues of legal recourse including a claim under the California Whistleblower Protection Act,” said her spokeswoman, Alexis Ronickher.

The shakeup comes just two weeks after Activision reached a settlement with the U.S. Equal Employment Opportunity Commission for $18 million over a similar lawsuit. In a series of court squabbles, California’s lawyers had attempted to block that settlement but were ultimately rejected by a federal judge.

Critics pointed out that $18 million was low for a company of Activision’s scale, and that Wipper’s department had gotten Riot Games Inc., a far smaller company, to pay $100 million last year to settle its own discrimination lawsuit.

Wipper started at the DFEH in 2018 and was reappointed to her position last November. She cultivated a reputation as a legal bulldog, pursuing splashy cases against tech companies such as Tencent Holdings Ltd.’s Riot and Tesla Inc. One member of the department, speaking anonymously because they were not authorized to speak to the media, said that Wipper was widely respected and that she had overhauled the agency for the better. Detractors accused her of being too aggressive at a public agency rather than deferring to civil rights plaintiff’s lawyers.

Jennifer Reisch, an attorney who has worked with Wipper, praised the agency’s transformation in recent years. “For the first time in its history, the Department of Fair Employment and Housing had a strong litigator who was actually flexing the significant muscles that statute and regulations provide to protect workers in its state,” she said in an interview.

In her resignation email, Proctor slammed the governor’s office, writing that “justice should be administered equally, not favoring those with political influence.” She encouraged staff to continue working on the agency’s ongoing litigation “to the best of your abilities.”