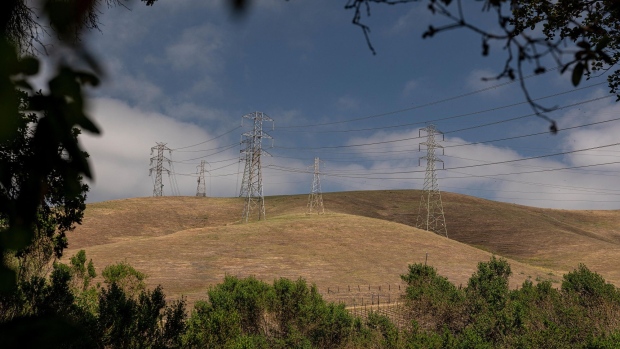 Transmission towers during a drought in Solano County, California. , Bloomberg

The California Independent System Operator called for voluntary conservation Wednesday from 4 p.m. to 9 p.m., citing high energy demand as residents crank up air conditioners and tight supplies across the West.

The state’s power grid tends to face the most strain in late afternoon and evening, when solar power supplies decline during the hottest parts of the day.

Temperatures in Central Valley cities from Sacramento to Fresno are forecast to top 100 degrees Fahrenheit (38 degrees Celsius) through Friday, according to the National Weather Service. Highs in Los Angeles will be in the mid-80s.

By early next week, temperatures could soar again across California, the Pacific Northwest and even British Columbia in a pattern reminiscent of June’s record heat waves, said Jim Rouiller, lead meteorologist with the Energy Weather Group. That could strain the grid through mid-week, he said.