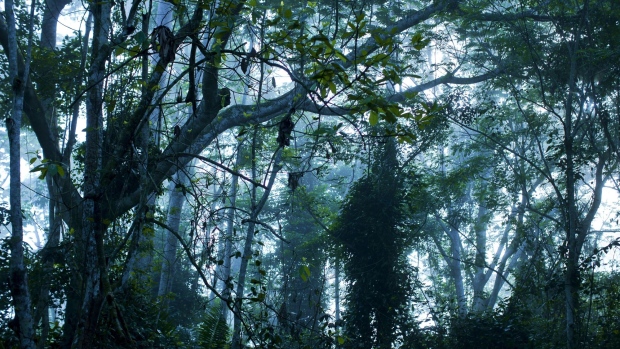 Cameroon defended a decision to allow logging in part of a forest that’s home to lowland gorillas and chimpanzees after environmental groups said the government may have signed a death sentence for the critically endangered primates.

The government in a July 14 decree declared almost half the Ebo Forest a so-called Forest Management Unit, opening it up for logging, following years of efforts from conservationists to secure the forest’s protection. The forest was designated in 2006 as a proposed National Park but the government never signed the decree.

Logging is a big industry in Cameroon, which ranks among the world’s largest exporters of tropical timber by volume, the International Institute for Environment and Development said in a report last year. While most timber historically went to Europe, increased Chinese investment in infrastructure projects, many of them in forest areas, means China is now Cameroon’s biggest buyer.

The 141,706-hectare (350,163-acre) Ebo Forest is rich in biodiversity, with elephants, gray parrots and a unique population of tool-wielding chimpanzees among its fauna. Both the World Wildlife Foundation and the Wildlife Conservation Society have used it for research, and its gorilla population was only discovered in 2002. It holds an estimated 35 million tons of carbon.

The local population opposed the government plan to open up the forest for logging, citing ancestral ownership and describing it as land grabbing, Minister of Forestry and Wildlife, Jules Doret Ndongo, said in an interview. But the government decided to no longer entertain the drawn-out dispute over whether the forest should be protected, he said.

Cameroon has “enough” protected areas and the decree doesn’t mean that all trees will be cut down, Ndongo said. “The United Nations obliges countries to keep at least 12% of their national territory as protected areas; Cameroon is already at 30%,” he said.

While all types of chimpanzees are classified as endangered, the Nigeria-Cameroon chimpanzee subspecies is considered to be the most threatened, with only between 3,500 and 9,000 of the animals left in the wild. About 700 live in Ebo Forest.

Greenpeace said in a statement that the decree “blatantly ignores requests by local communities and international organizations to honor the 2006 decision.” Information obtained by Greenpeace Africa suggests that a company controlled by the same people who are associated with a new oil-palm venture in a different region may benefit from the forest concession, it said.

“The Cameroon government again chooses short-term financial gains for selected elites over the long-term interests of local communities and the protection of the environment,” Greenpeace campaigner Sylvie Djacbou said.

“Logging is done selectively and is more sustainable than mining, for instance,” Ndongo said. The creation of the FMU for Ebo Forest is aimed at “reconciling conservation and socioeconomic stakes, at a time when production industries are experiencing unrivaled challenges,” he said.