Canadian banks will continue to underperform in 2020 as declines in lending activity weigh on earnings, according to strategists at Canaccord Genuity who are advising clients to underweight the group.

“Essentially, the banks will be lending less and at lower margins. That’s probably the toxic mix for the downside risks to earnings estimates,” Martin Roberge, director of North American portfolio strategy at Canaccord Genuity, said in an interview with BNN Bloomberg on Tuesday.

Despite signs of a stabilizing housing market, both mortgage loans and personal loans will be “constrained” by record-high consumer debt levels, Roberge wrote in a co-authored note to clients Tuesday, along with Canaccord’s Guillaume Arseneau and Anne-Katherine Milette.

Commercial loan growth is also set to slow, which will further increase the banks’ loan-loss provisions, they wrote.

Canaccord’s expectation for a decline in commercial lending comes as businesses face a backlog of inventory.

“We have to clear what we believe is a major manufacturing glut, a retail [and] wholesale glut — and it will take about two quarters for Canadian corporations to clear that glut,” Roberge said.

The country’s lenders will also face pressure when the Bank of Canada does “eventually cave in and cut rates,” the strategists wrote.

Roberge sees the central bank cutting interest rates in the first half of the year which, he said, will further push lenders’ net-interest margins lower.

In their note, the strategists wrote they see more opportunity in U.S. banks, citing a strong U.S. consumer and fourth-quarter earnings. But they caution U.S. banks are not without risks, including rapidly-falling bond yields weighing on net-interest margins. 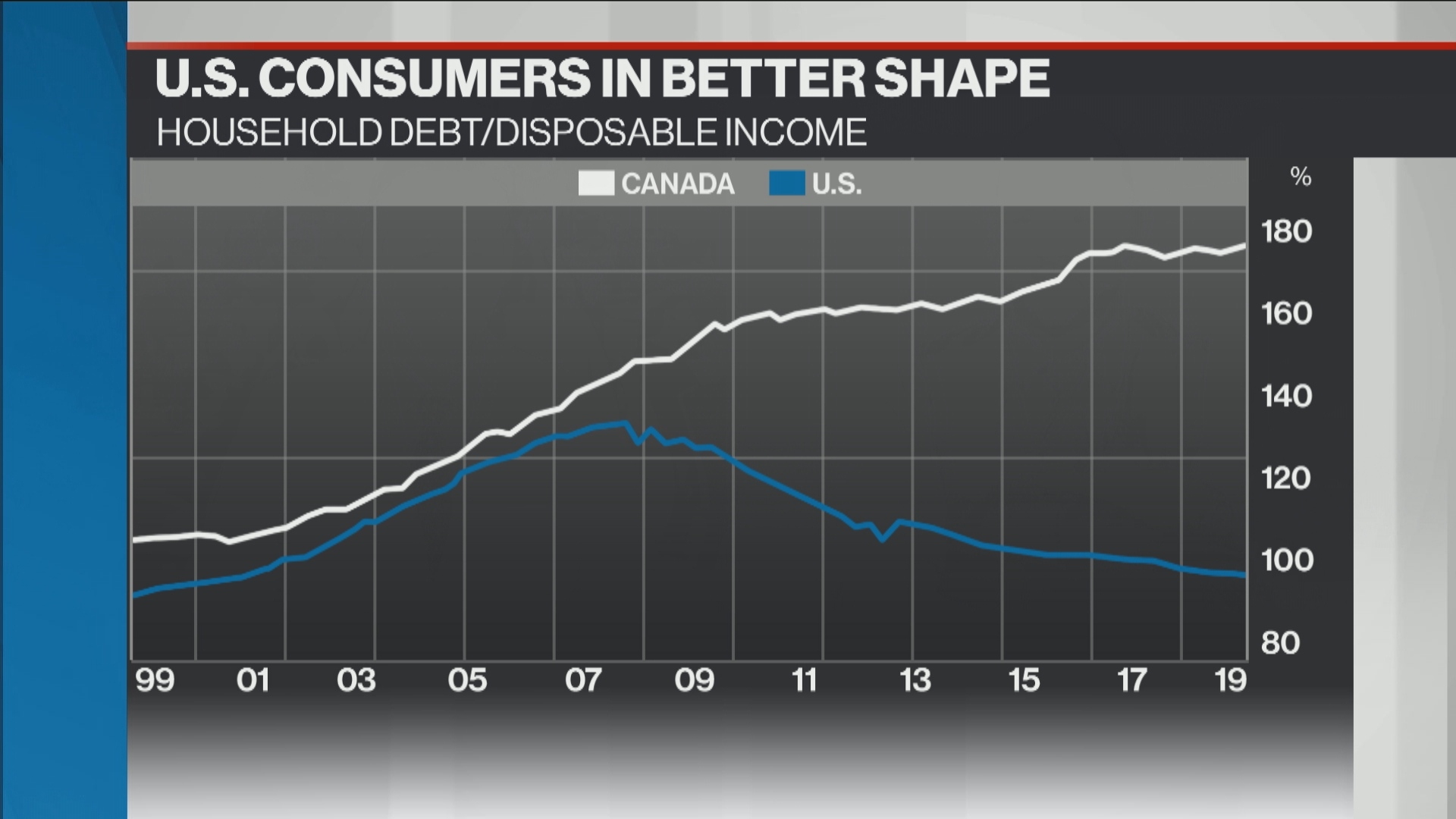 Roberge added that despite this latest call on Canadian banks, Canaccord is not entirely bearish on the space.

“This is not a ‘sell-all-your-banks’ call,” he said. “We’re just seeing better opportunities elsewhere.”

“You really need to see prospects of a recession to become extremely negative on the banks. We’re not there yet.”