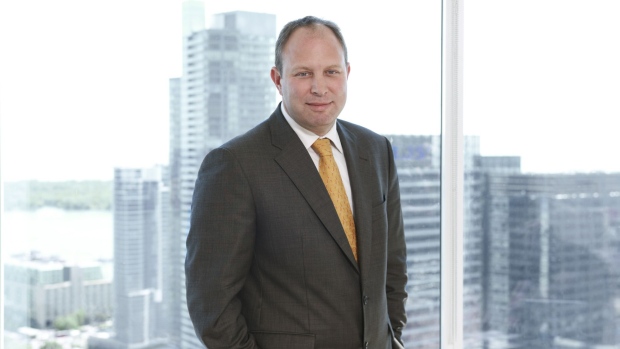 Canaccord Genuity Group Inc. was the top arranger of Canadian initial public offerings again in 2020, riding a wave of enthusiasm for technology stocks that contributed to the strongest IPO year in more than a decade.

Canadian companies undertook 74 IPOs with a total value of $7.41 billion (US$5.8 billion), according to data compiled by Bloomberg. That’s more than double last year’s $2.97 billion and the largest total since 2006. The rankings and data are as of Dec. 30 and may change as more deals are recorded.

Canaccord managed both the highest value of new issues, at $1.11 billion, and the greatest number, at 20. The firm saw particular strength in technology offerings, which were helped by demand for higher-volatility names from investors seeking to take advantage of the market’s rebound after the onset of the coronavirus pandemic, Chief Executive Officer Dan Daviau said.

“The success of tech IPOs was a huge trend, and that’s going to continue into next year,” Daviau said in an interview. “There are a lot of very good tech companies that continue to examine approaching the market.”

Canaccord also benefited from this year’s boom in special purpose acquisition companies, or SPACs. The firm built up expertise with the vehicles in recent years as Canada legalized recreational cannabis, leading to a rush of companies seeking to go public.

SPACs, often called blank-check firms, raise money through initial public offerings and then have a set time frame -- usually 24 months -- to identify and complete an acquisition. Once the deal is completed, the acquired company is publicly traded.

The vehicles provide a much shorter route for companies to become public and give the investors that start the SPAC “a free option on the market,” a move that was particularly appealing amid this year’s volatility, Daviau said. As the market’s recovery solidifies, however, investors are less willing to miss out on those returns by parking their money in SPACs, he said.

“People don’t need that option as much anymore because they feel comfortable markets are going to continue to perform well,” Daviau said. “They’re still a good vehicle for some companies, so we’ll see some more -- just not the same pace of activity next year.”

Across the broader market, as global central banks slashed interest rates to prop up economies, the equity market became “the only game in town” for investors seeking returns, and provided a healthy environment for companies seeking to go public, said Peter Miller, head of equity capital markets for Bank of Montreal.

The company’s BMO Capital Markets unit finished No. 2 on the IPO league table, up one spot from last year, helping manage nine offerings with a total value of $752.7 million.

The pandemic also “supercharged” revenue growth for technology companies and put their products in the forefront of investors’ consciousness, Miller said in an interview.

“We’ve all been moving more toward a digital economy -- whether it’s online searches, online gaming, everything we do is more and more digital,” he said. “With COVID driving everybody to work from their homes, shop from their homes, communicate with each other from their homes, this natural trend that has been occurring has only been accelerated.”

That trend will continue to drive IPO activity next year, with Canada’s market showing “a depth in technology that it historically hasn’t had,” said Nitin Babbar, global co-head of equity capital markets for RBC Capital Markets. The unit of Royal Bank of Canada placed third on the league table this year, up two spots from last year, handling five IPOs with a total value of $540 million.

With gold on track for its biggest annual gain in a decade, and base metals such as nickel and copper trading close to multiyear highs, mining firms also may contribute to next year’s IPO activity, Babbar said in an interview. But RBC is seeing a pipeline of potential offerings across a broad spectrum of industries and company sizes, including fast-growing small caps.

“The good news is that with small caps come growth,” Babbar said, “and investors are looking for a variety of options to invest their dollars right now.”