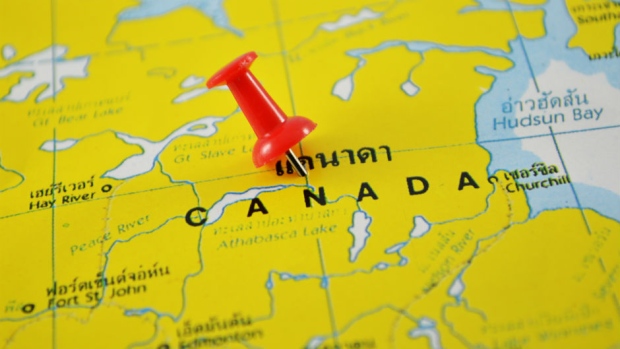 Canada’s 150 birthday celebrations this year are only one part of increasing interest in Canada as a desirable travel destination, say tourism industry watchers.

Toronto, for instance, is coming off of its seventh consecutive record-breaking year for tourism, according to Tourism Toronto. “I think it’s important to note that what’s been driving the tourism growth is interest in the destination,” Tourism Toronto’s Executive Vice President and Chief Marketing Officer Andrew Weir told BNN in an interview.

Our stateside neighbours, in particular, are flocking to Canada in increasing numbers. According to Weir, there’s been double-digit growth in air arrivals in Toronto from the U.S. for the last several years.

Although U.S. interest in Canada has been building momentum for a number of years, Weir said that the 150th this year does add “some extra timeliness and urgency.”

He said the trend can be attributed to “latent demand” that has built up; Americans may have been previously deterred by the changed entry requirements and currency shifts between the two countries.

The fact that some Americans may be looking for peace and quiet following the hard-fought U.S. presidential election is not lost on Weir, but it’s not the only factor driving tourism rates higher.

“Canada’s been in demand for several years … and that was the case before November and it will continue for the foreseeable future,” he said.  “I think that’s a broader trend and it would be too easy and simplistic, I think, to attribute it to only the political circumstances.”

Americans are also taking advantage of an increase in direct flights between Canada and the U.S., Ty Speer, president and CEO of Tourism Vancouver, told BNN in an interview. “The number of new flights that we have coming into Vancouver from U.S. destinations, in particular with Air Canada’s growth, has helped enormously,” he said.

Recent media coverage of the 150th celebrations is heightening the country’s allure. In an e-mail to BNN, Ottawa Tourism’s Director of Communications Jantine Van Kregten cites the New York Times’ feature on Ottawa, as well as the Lonely Planet’s “Best in Travel 2017” guide (in which Canada was listed at the number one place to visit), as notable pieces that she hopes will lead to “increased interest among consumers.”

According to Kregten, Ottawa’s mayor expects 1.75 million additional visitors throughout 2017. And the Ottawa 2017 bureau predicts an additional $320 million in consumer spending, $50 million in provincial taxes and $70 million in federal taxes this year due to the 150th.

If you have the urge to get swept up in the patriotism, travel website Cheapflights.ca released a report for Canadians thinking of travelling within the country this year in light of the 150th celebrations. It breaks down the best times, on average, to book a domestic flight depending on the destination.

A couple of key takeaways: If you want to head to one of the big cities this summer, you should book now. If you’re planning last-minute, consider smaller airports in places just outside the major cities, like Abbotsford instead of Vancouver or Hamilton instead of Toronto.