Canada’s labor market continued its strong run of job gains, bringing the unemployment rate down to a fresh low and adding to evidence the country is emerging from a recent slowdown.

Friday’s report reaffirms the labor market as the main driver of Canada’s expansion, and adds to a recent run of data showing clear signs the country is on the path back to growth after stalling at the end of last year. The currency jumped on the report, which is seen to give the central bank more ammunition to resist pressure to lower borrowing costs. 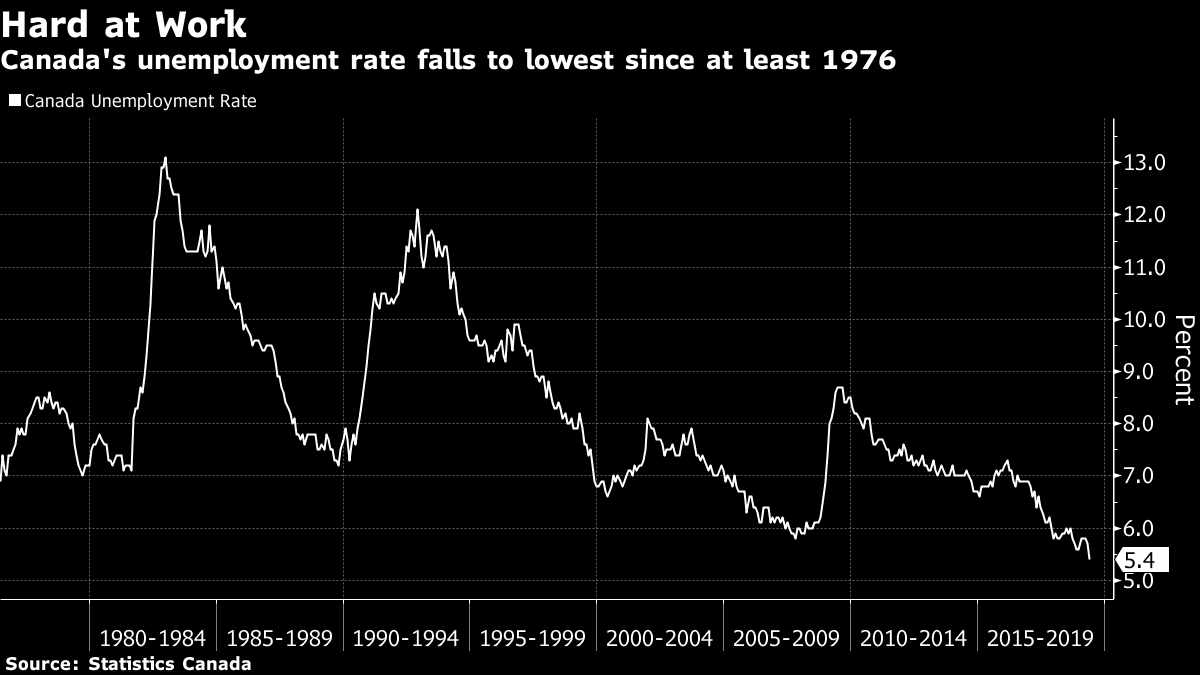 The Canadian jobs report contrasts with weaker-than-expected payroll data in the U.S. that’s fueling concern of a broader slowdown there and boosting calls for a Federal Reserve interest-rate cut.

Canada’s report “was a good number with strong details, in contrast with pretty soft numbers in the U.S.,” Shaun Osborne, chief foreign-exchange strategist at Scotiabank, said by phone from Toronto. “This suggests greater capacity for the Bank of Canada to stay on hold if the Fed does cut rates.”

Economists forecast Canadian employment to rise by 5,000, after a record gain of 106,500 in April. Canada’s currency jumped 0.6 per cent to $1.3279 per U.S. at 11:13 a.m. in Toronto trading. Yields on government 2-year bonds held steady at 1.38 per cent. The spread against U.S. Treasuries of equivalent maturity narrowed to 43 basis points, the tightest in more than a year.

In Canada, all indications point to an economy growing at a much faster pace than it had in the final three months of last year and the beginning of 2019. Along with the jobs report, recent data show a strong rebound in output in March, signs of stabilization in housing and improving export numbers. Economists anticipate growth will accelerate to more than 2 per cent on an annualized basis in the second quarter.

Canadian employment is now up 2.4 per cent from the same period in 2018, the largest year-over-year increase since before the 2008-2009 recession. The number of people unemployed is also the lowest in a decade. Over the past two years, Canada’s economy has added almost 700,000 new jobs.

Three provinces relatively immune from the recent weakness in the oil sector -- Ontario, British Columbia and Quebec -- are mostly responsible for the growth in employment, as are service-related industries such as transportation, technology and professionals.

Companies that have been hiring include Staples Canada, Canada Goose Holdings Inc., Accenture Plc, along with a surge in employment by technology companies.

“One of the things that I suspect is happening there is that global technology companies that are by and large US-based, the Googles, the Facebooks, the Amazons, etc., are hiring workers to a greater extent in this geography relative to the U.S.,” Neil Selfe, a founding partner at Infor Financial Group Inc., told Bloomberg News on Thursday. That’s “because of the visa issues and the immigration issues of the Trump administration.”

Canada has been able to produce strong job gains over the past two years largely because of a rapid increase in the labor force, on higher immigration and youth participation. The bigger risk in Canada is the labor force growth won’t be sustained and the market could tighten. For example, the labor force dropped by 49,200 in May, one of the largest one-month declines, after surging in recent months.

As a result, rising demand for workers was met by tapping into the unemployed ranks. The number of people looking for work and unable to find it dropped by 76,900 in May, the biggest one-month decline since 1993.

Another sign of tightening is that the recent acceleration in wage growth is holding. Annual hourly wage gains accelerated to 2.8 per cent in May, from 2.5 per cent in April, bringing it to the fastest since August last year. Pay gains for permanent employees were steady at 2.6 per cent. 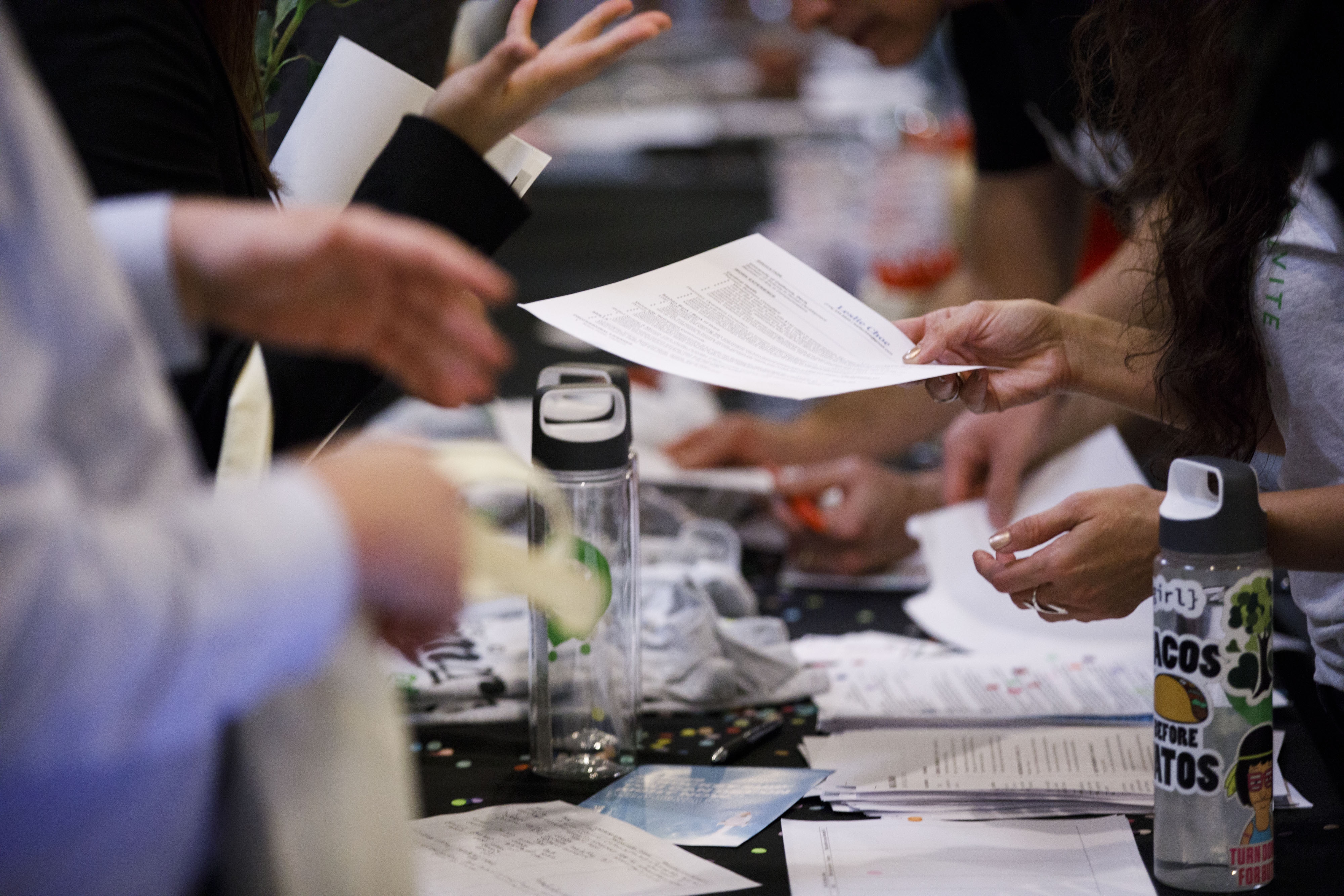 Do you think Canada’s labour market is as strong as the numbers suggest?