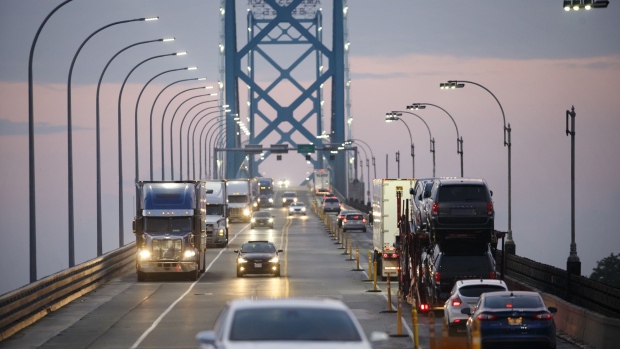 Canadian officials are looking for reassurance from the U.S. that the border between the countries will remain open despite fears over the spread of coronavirus.

Deputy Prime Minister Chrystia Freeland spoke Thursday with Secretary of State Mike Pompeo about the issue after President Donald Trump announced a 30-day ban on travelers from 26 European countries to the U.S.

Calling it a “very good and very open conversation,” Freeland told reporters she and Pompeo “agreed to stay in constant touch when it comes to the Canada-U.S. border.”

Freeland said she stressed the importance of the shared border from both an economic and social aspect, and detailed Canada’s efforts to contain the spread of Covid-19.

“Our U.S. counterparts appreciate the importance and strength of the relationship with Canada and they appreciate the strength of Canada’s national response to coronavirus,” said Freeland, who has spent much of her time in government negotiating the overhaul of the North American free-trade agreement with the Trump administration.

On the Canadian side of the border, officers are conducting an initial screening of travelers and will refer anyone experiencing flu-like symptoms to a public health agency for further evaluation, Mary-Liz Power, a spokesperson for Blair, said by email.

“Enhanced screening and detection processes have been added to the Canada Border Services Agency’s robust border measures at all international airports, as well as land border, ferry, and rail ports of entry,” Power said. Particular attention will be paid to travelers from China, Iran or Italy, she added.

U.S. health officials have reported more than 1,300 cases of Covid-19 and 38 deaths, according American government data. Medical authorities in Canada are treating more than 100 cases, with one fatality.

Prime Minister Justin Trudeau is working from home in self isolation after his wife reported flu-like symptoms after speaking at a conference in the U.K.