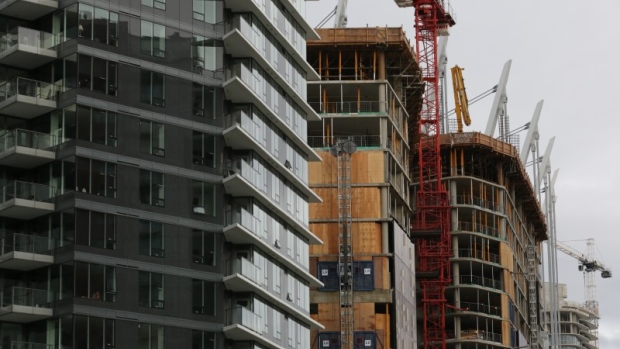 OTTAWA - The value of Canadian building permits declined in April as there were fewer construction plans for single-family homes in Ontario, where a lack of supply has driven up home prices in some markets, data from Statistics Canada showed on Wednesday.

Permits dipped 0.2 per cent, the third monthly decrease in a row. Figures for March were upwardly revised to show a decline of 4.9 per cent from the previously reported 5.8 per cent decrease.

Residential building permits were down 2.5 per cent as a decline in plans for single-family homes offset a gain in intentions to build multi-family buildings, such as apartments.

Economists say tight supply is partly to blame for home prices that have been surging in Toronto until recently. Data earlier this week showed the pace of price gains cooled in May in the wake of new housing rules aimed at dampening demand.