Canadians’ confidence in the economy continues to hover at depressed levels, suggesting prospects for a strong rebound are dim.

Households are worried about the outlook for growth and their personal finances, the latest telephone polling show. Sentiment, already low, showed signs of further deterioration in the final weeks of April.

The Bloomberg Nanos Canadian Confidence Index ended April at 54.9, down from 55.4 at the end of March. The drop reverses a string of two consecutive monthly gains for the measure. The confidence index, a good barometer of overall economic health, has remained close to current levels for most of 2019, after plunging for much of 2018.

Canada’s economy is undergoing one of its most sluggish periods in the past decade with growth at a near halt amid a confluence of negative developments, including last year’s sharp decline in oil prices and growing global trade tensions that have curtailed business investment. Home owners have also been rattled by a slowdown in real estate markets, particularly Vancouver and Toronto.

Every week, Nanos Research asks 250 Canadians for their views on personal finances, job security, the outlook for the economy and where real estate prices are headed. Bloomberg publishes four-week rolling averages of the 1,000 telephone responses. The composite indicator is calculated from the rolling averages of the four questions.

The polling found that only 13.1 per cent of Canadians believe the economy will get stronger over the next six months, near record lows for this question. Households are also reporting concerns about their personal finances, with 29.5 per cent claiming their finances have worsened over the past year. On the plus side, Canadians are showing more confidence in the housing market, with readings for this question returning to more average levels for the survey.

Regionally, households in Quebec remain the most optimistic while those in Alberta and other prairie provinces report the most pessimism. 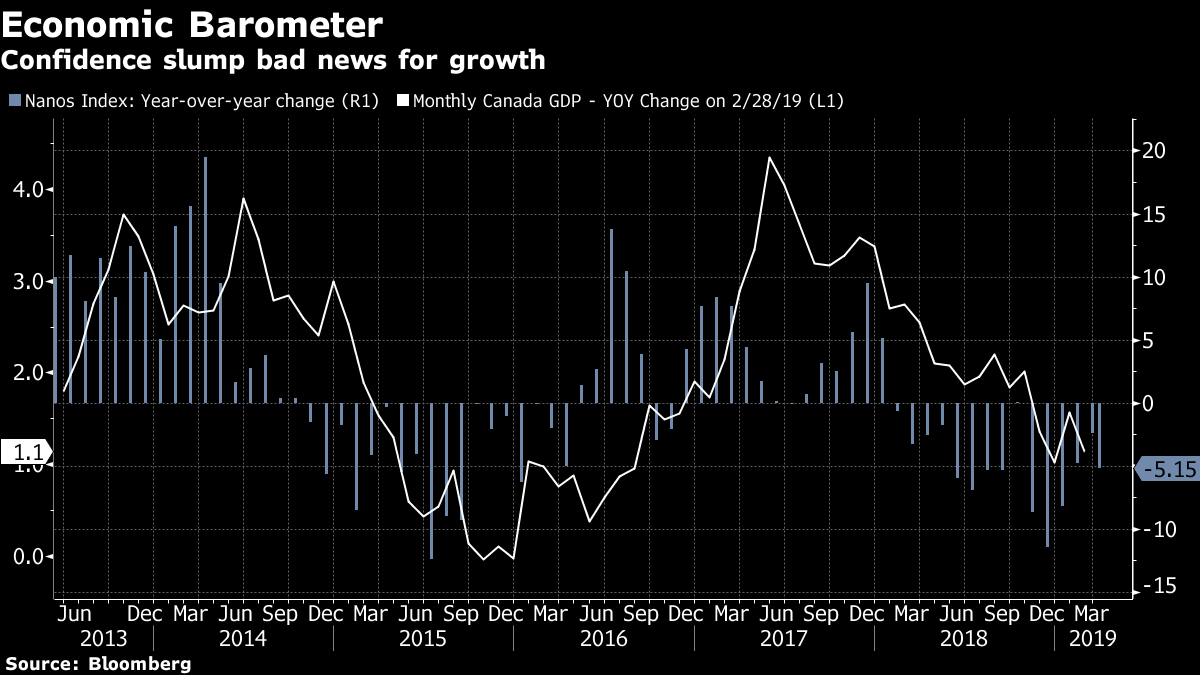