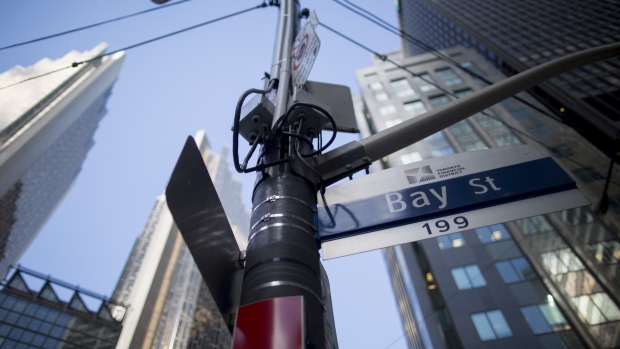 A Bay Street sign is displayed in Toronto, Ontario, Canada, on Friday, May 19, 2017. , Brent Lewin/Bloomberg

Canada’s summer rebound may fizzle out this fall as months of high unemployment and uncertainty for businesses take their toll, according to the global chief economist of Manulife Investment Management.

The country’s economy expanded 3 per cent in July, Statistics Canada estimated Friday, following record 6.5 per cent growth in June. Key to that recovery has been emergency COVID-19 aid from governments to households: An 88 per cent jump in transfers from government in the second quarter pushed up income and savings.

But while money is still flowing in Canada, the U.S. has hit a “fiscal air pocket” as Congress fights over the next stimulus bill, said Manulife’s Frances Donald. Even with government help, the pandemic has done major economic damage, she said, noting that 1.3 million people need to be hired in Canada before the labor market is back to pre-pandemic levels.

“We should not be tricked into complacency that so far the recovery looks fine,” Donald said in an interview. “Those who have been unemployed have now been unemployed for much longer than they were in April. Companies that have been hanging on by a thread have less thread to hang onto.”

The second quarter was the worst on record for Canada’s economy, which contracted 38.7 per cent on an annualized basis as businesses shut down in March and April to contain the spread of the virus. Economists project 35 per cent growth in the third quarter because most industries are now operating at closer to normal capacity. 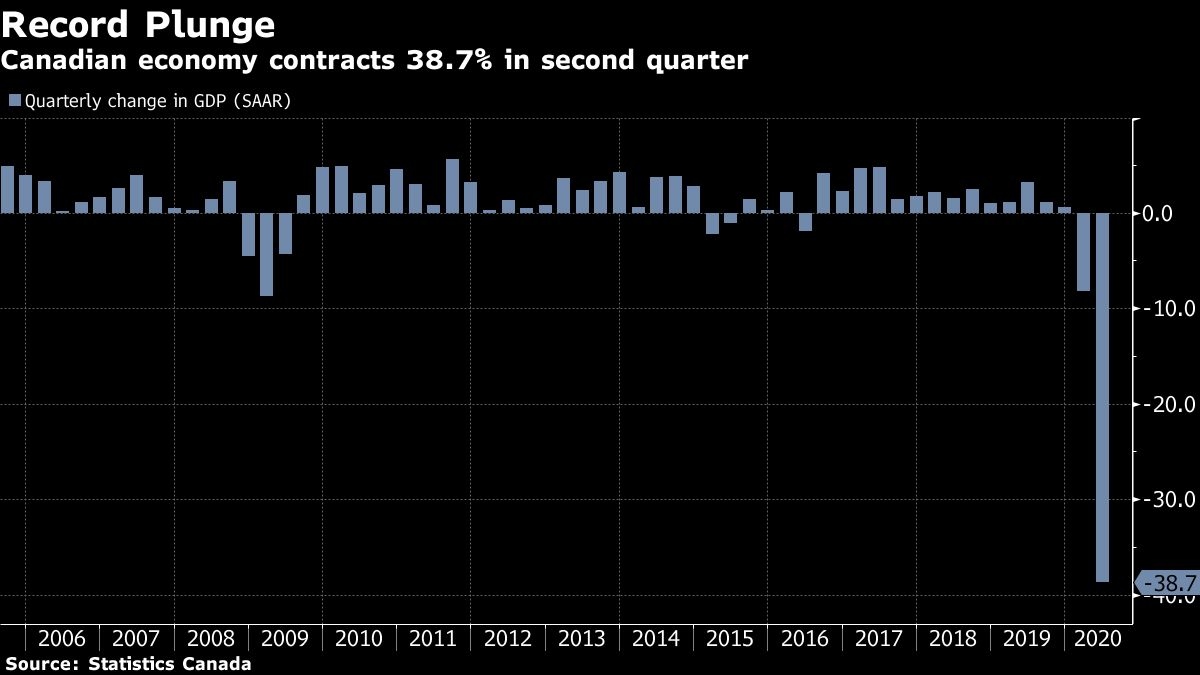 But the momentum will fade and Canada will enter a “stall-out period” in September or October, Donald said, as social distancing measures continue to weigh on sectors such as travel.

Income from foreign visitors to Canada fell 62 per cent to $13.6 billion (US$10.4 billion) in the second quarter of 2020 compared with the same period last year, according to data Statistics Canada.

“Canada likely has a little bit more time than the United States because there’s just more fiscal support in Canada than there is in the U.S. right now, and the Canadian economy is slightly less services-based than the U.S. economy.”