Competitiveness needs to be top of mind in federal election: Deloitte

Here’s a look at the main parties and the key issues for the Oct. 21 vote:

Trudeau’s incumbent Liberals, in power since 2015, go into the election projected to lose seats in the House of Commons. Trudeau’s brand has been damaged by an ethics scandal involving SNC-Lavalin Group Inc. and foreign policy blunders. The Liberals are also facing the usual erosion that comes from governing for four years, so Trudeau can’t play the agent of change card. The prime minister still leads his rivals on the crucial question of economic stewardship.

Polls show the two main parties are tied for popular support, though the Liberals are projected to win the most seats, according to a CBC poll tracker. If Trudeau, 47, fails to win a majority, he could still govern with the support of the Green Party and the left-leaning New Democratic Party. It’s not uncommon to have minority governments in Canada, including ones led by Stephen Harper and Paul Martin earlier this century. 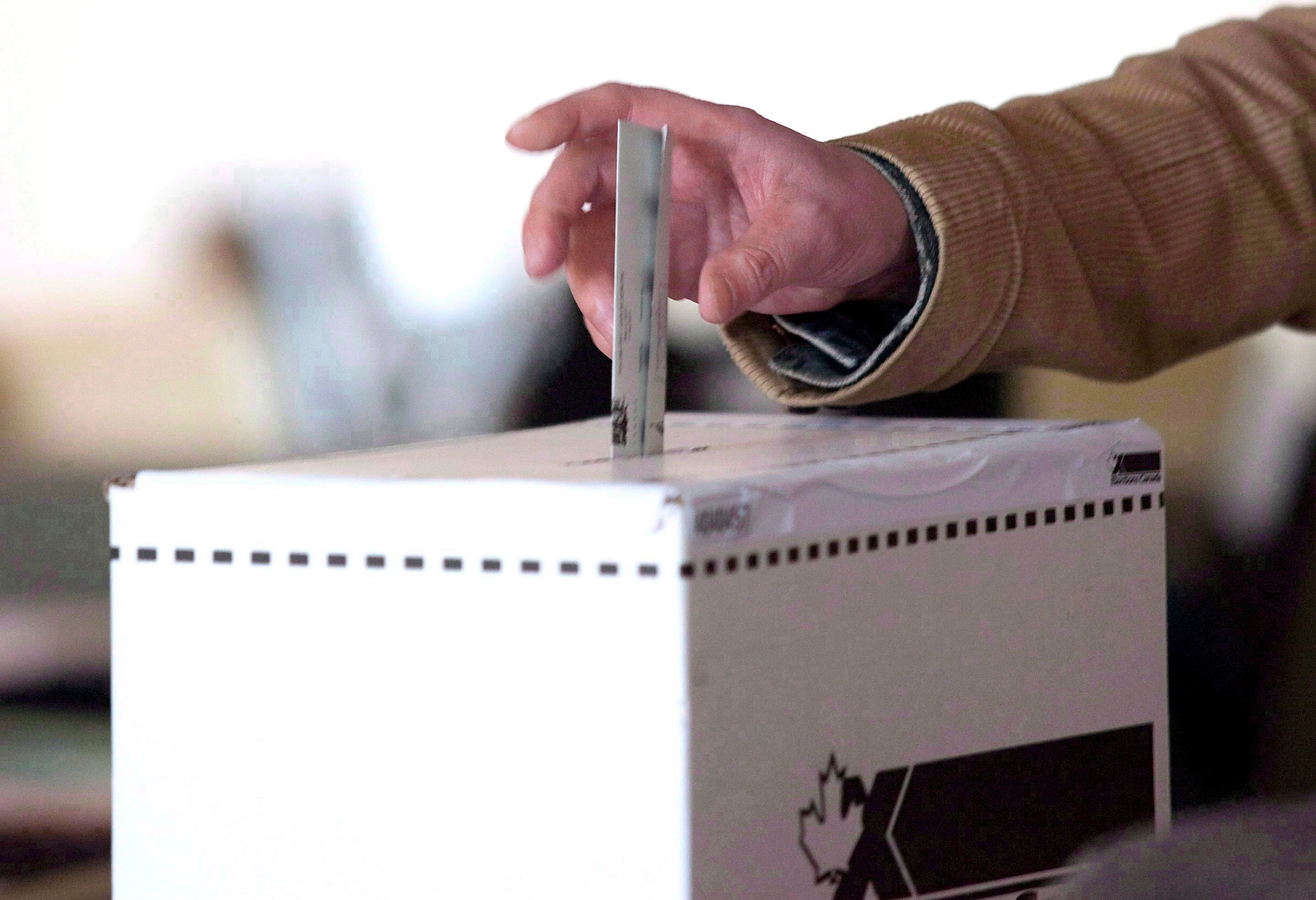 The Conservative Party will almost certainly gain seats, though winning the extra 75 districts needed for a majority is a tall order. The party has a dedicated base of supporters. mainly in western Canada and in small towns.

The Conservatives would have no natural allies in a minority government. They either need a strong showing by the Quebec separatist party -- with whom they can agree on devolution of powers to provinces -- or a weakened Liberal Party that would make Trudeau wary of fresh elections. Scheer, 40, is a new leader and not well known, an advantage for Trudeau.

Canada’s third largest party -- the country’s version of social democrats -- is down in the polls and short of cash.

Much of the blame is being pinned on new leader Jagmeet Singh, who has struggled to resonate with voters and is considered a weak organizer. Reduced support for the NDP is good news for Trudeau.

The party seems to have been the biggest beneficiary of the Liberal Party’s recent woes. Polls show support for the Greens at an historical high of 10 per cent, with real prospects to take as many as eight seats, particularly in British Columbia. The party won just one riding in the last election, held by leader Elizabeth May.

The Quebec separatist party has reorganized and should be more competitive, adding to its 10 seats.

Maxime Bernier, a maverick Canadian lawmaker who almost beat Scheer for the Conservative leadership, has launched his own populist party, raising the threat of vote-splitting on the right that could benefit Trudeau. The party is sitting low in the polls, around 3 per cent.

A look at the key issues:

Getting Canada’s massive oil reserves to market has become the paramount question facing the country -- an issue that divides Canadians like no other.

Campaigns against pipelines are being waged by well-funded and organized environmental groups. A bigger obstacle is the courts, which routinely rule on the need to protect indigenous rights in the development of new projects. 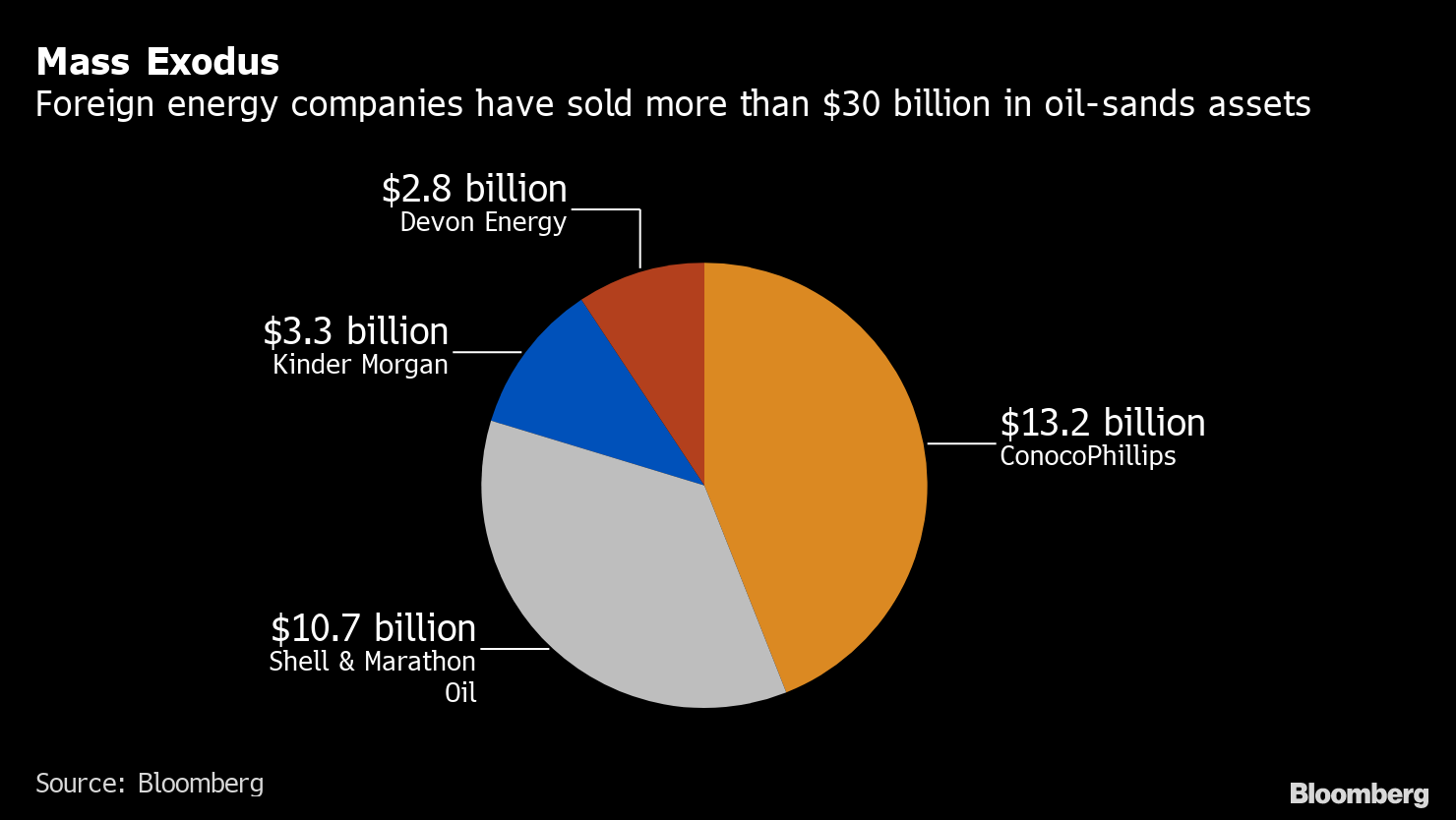 The Liberals are trying to forge a grand bargain on resources -- be more pro-environment and supportive of indigenous concerns in order to win the “social license” for development. Many analysts, and just about everyone in Alberta, believe the pipeline situation has deteriorated under Trudeau’s watch.

Two major pipeline options were taken off the table, and the government was forced to nationalize the only one that remained, the Trans Mountain expansion. There’s also widespread concern the government’s new environmental assessment legislation will do lasting damage. Capital meanwhile keeps marching out of Canada’s oil industry

Climate change will be a wedge issue. The Conservatives are pledging to eliminate Trudeau’s carbon tax, and replace it with a regulatory framework that sets strict emissions standards for large producers. Their attack against Trudeau’s carbon policies dovetails with their broader economic narrative that life has become unaffordable under Trudeau. It’s a theme that resonates, particularly when housing prices in major metropolitan centers seem out of reach. The Liberals counter the Conservatives aren’t serious about climate change.

Trudeau earned kudos for breaking with conventional wisdom to embark on a program of deficit spending, running gaps of just under 1 per cent of GDP. The Liberals may test Canadians’ willingness for even larger deficits as they look for ways to finance their campaign platform. A deepening global slowdown could provide cover.

The Conservatives will probably lay out a plan to balance the budget, but only over a long period. They don’t want to open themselves to criticism of being overly zealous on the fiscal front.

The prime minister’s strategy of promoting immigration to bolster the economy and grow the labor force has won him praise. The country added 321,065 immigrants last year, the largest annual increase since 1913. There’s also been a surge of non-permanent residents like foreign students and temporary workers. As a result, Canada’s population rose by more than half a million people in 2018, easily the fastest in the Group of Seven. 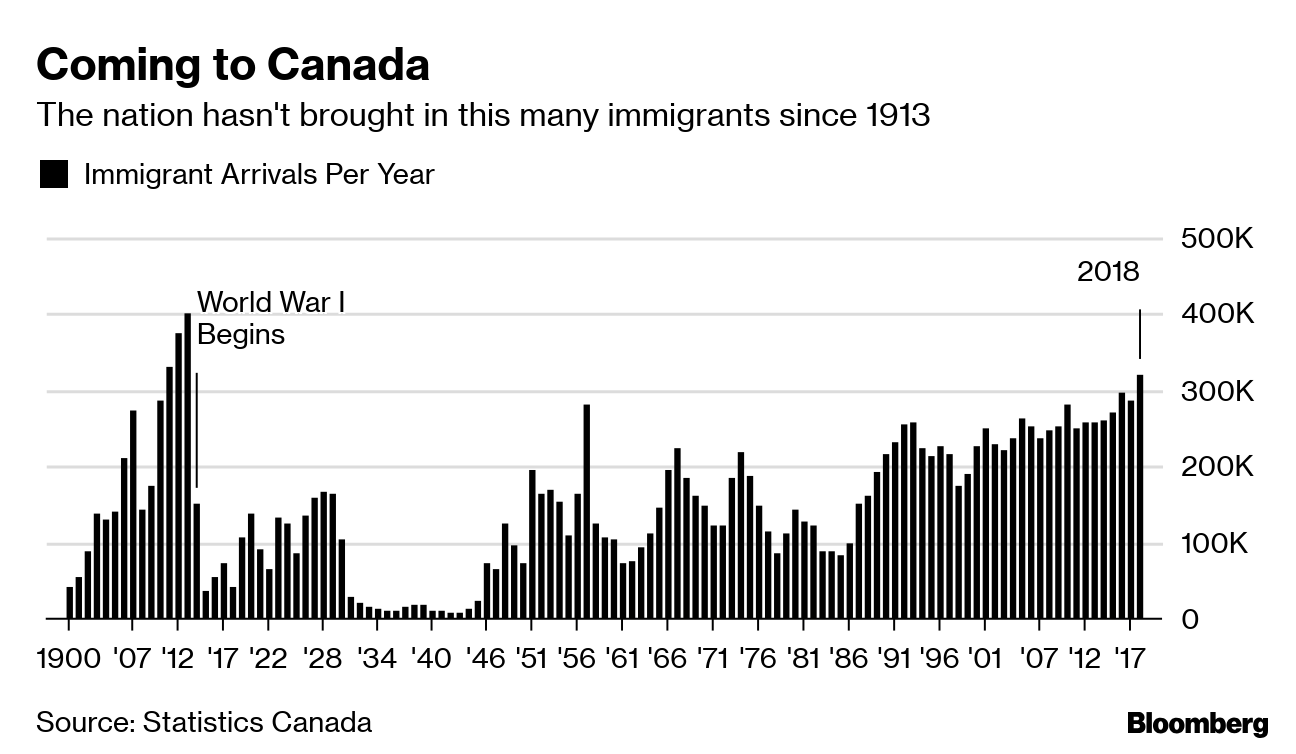 The Conservatives remain largely pro-immigration, though they have been vague about the sort of targets they would set and have been taking shots at the Liberals over their inability to stem illegal border crossings.

Trudeau gets high marks on his handling of negotiations with the U.S. on the new North American Free Trade Agreement and his steadfast support for open commerce in a world where protectionism is on the rise. A feud with China after the arrest of a Huawei Technologies Co. executive has undermined Trudeau’s pro-China policy. The Conservatives, who have been wary of doing business with the Chinese for a while, are pledging to take an even tougher line against the Asian country.

The nation has entered a low-growth world hobbled by an aging labor force and sluggish productivity. Trudeau likes to criticize his Conservative predecessor Stephen Harper for having the worst growth record since the Great Depression. But the best Trudeau can hope for is to have the second-worst record. Growth under Trudeau has averaged about 2.1 per cent, versus 1.6 per cent for Harper, who had to contend with the Great Recession. Second-quarter growth of 3.7 per cent, the best in two years, may give Trudeau a boost heading into the election.

Trudeau has done much better on the jobs front. Since his election, employment is up by 1.1 million, or a gain of 6 per cent. In 10 years in office, Harper oversaw a 1.8 million increase in jobs, representing an 11 per cent gain. Stock investors have done well under Trudeau, with equities posting a 20 per cent gain as the main index nears a record high. 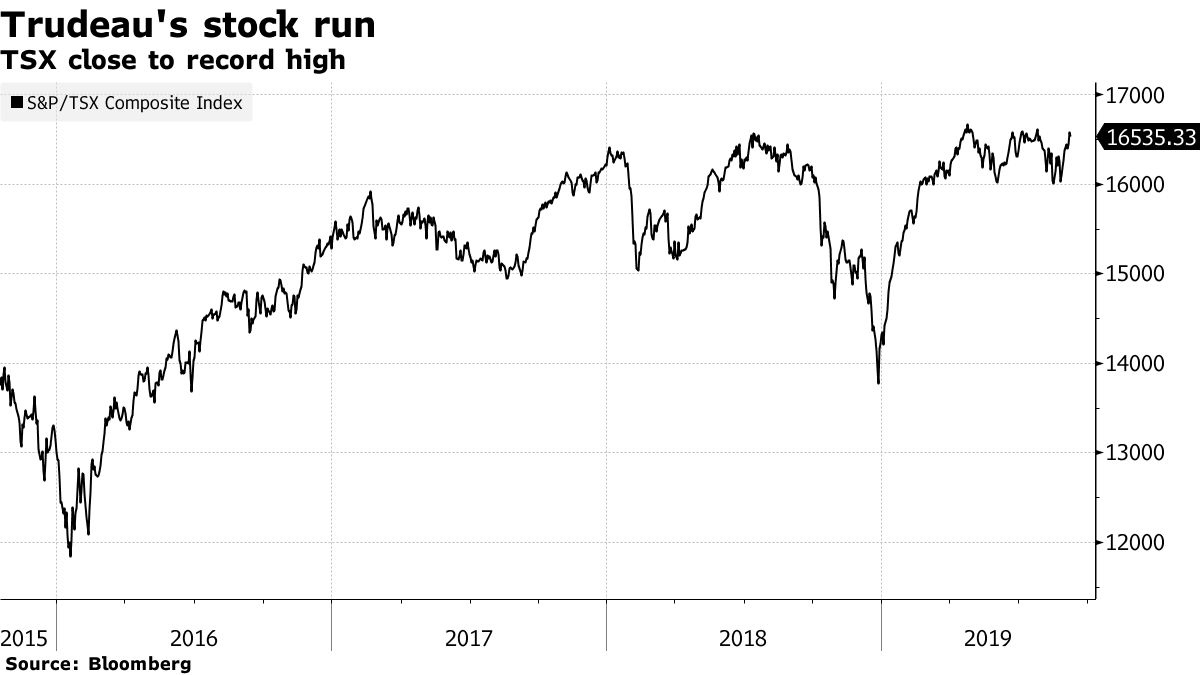 Trudeau’s child benefit program is considered his most important achievement. The program -– worth $24 billion in 2018 -- is tax free and heavily skewed to lower-income families. It was considered smart macroeconomic policy when introduced soon after Trudeau’s election win, a shot in the arm for a struggling economy. Its social impact will be even more long-lasting: Since 2015, the number of children living in poverty has declined by 278,000.