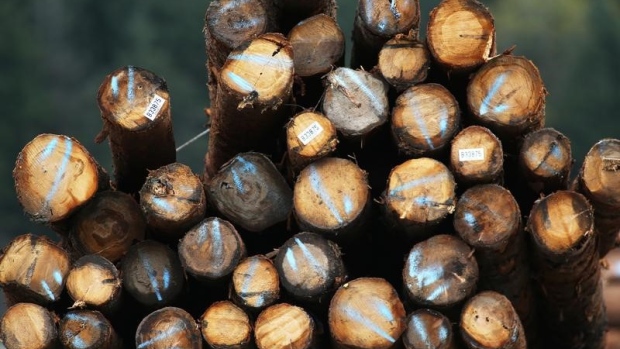 GENEVA - Canada plans to ask the World Trade Organization (WTO) to set up an adjudication panel to judge its dispute with the United States over Canadian lumber exports, indicating that talks have failed to resolve the issue and Ottawa is pressing its case.

Canada has submitted the request for a meeting of the WTO's dispute settlement body on March 27, according to an agenda circulated by the WTO on Friday.

Ottawa launched the complaint in November, saying it would forcefully defend its lumber industry against punitive U.S. tariffs, which it said were "unfair, unwarranted and deeply troubling."

It had already started a challenge under the North American Free Trade Agreement's Chapter 19 dispute settlement mechanism, which the United States wants to remove as part of talks to modernize the regional trade pact the two countries share with Mexico.

The U.S. Commerce Department accuses Canada of unfairly subsidizing and dumping softwood lumber, which is commonly used in the construction of homes. It has said its duties affect about $5.66 billion worth of imports.

The disagreement centers on the fees paid by Canadian lumber mills for timber cut largely from government-owned land. They are lower than fees paid on U.S. timber, which comes largely from private land.

The United States imposed the tariffs after the failure of talks to resolve the decades-long dispute over the lumber trade.