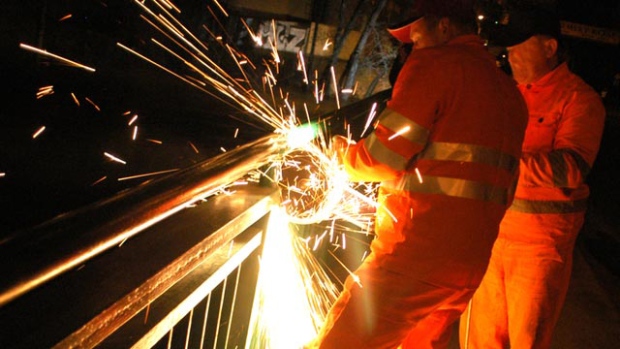 TORONTO -- Canada is headed for stronger economic growth in 2017 and 2018 than last year, but it's too soon to predict how the Donald Trump administration will affect the global economy, according to an International Monetary Fund report.

The IMF estimated the Canadian economy grew by 1.3 per cent last year and predicted in its world economic outlook Monday that gross domestic product will grow by 1.9 per cent in 2017 and 2.0 per cent in 2018.

By contrast, Mexico's estimate has been lowered by 0.6 of a percentage point for both this year and next year, compared with the IMF's October estimate -- prior to Trump's victory in November.

Mexico has been a frequent target of comments by President-elect Donald Trump, who promised before and since the election that the United States will build a wall between the two countries.

The IMF's research director, Maury Obstfeld, told reporters Monday during a news conference from Washington, D.C., that it's too soon to predict Trump's impact on U.S. policies, but said there is potential for significant disruption.

"The details of the U.S. policy mix matter and, as these become clearer, we will adjust our forecast and spill-over assessment," Obstfeld said.

Oya Celasun, chief of the IMF's world economic studies division, said that the lower estimate for Mexico's growth was partly because markets "seem to be concerned about the uncertainty related to the future course of U.S. trade policy."

Neither IMF official addressed the potential impact of U.S. policies on the Canadian economy.

But the president-elect has made few direct public comments about Canada, especially compared with his recent tweets and interviews about border taxes for vehicles made in Mexico and imported into the United States.

On Friday, Trump spokesman Sean Spicer told reporters on a conference call that a U.S. border tax on imported autos would not be applied to any one country and could impact Canada, according to a Bloomberg News report.

The IMF estimated the United States will lead the G7 in growth over the next two years, with its economy expanding by 2.3 per cent this year and 2.5 per cent next year -- up from previous estimates of 2.2 per cent in 2017 and 2.1 per cent in 2018.

Canada -- which has been recovering from the deep decline in global oil prices that began in late 2014 -- is expected to have the second-fastest growth among G7 countries.

The IMF's estimate for Canada's 2016 growth is higher than a projection from the Bank of Canada in October.

In its fall monetary policy report, the Bank of Canada estimated 2016 full-year growth at 1.1 per cent and two per cent for 2017.

The Canadian central bank is set to provide an update on Wednesday.