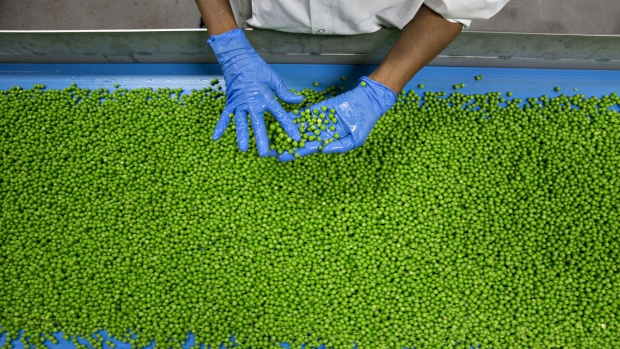 Canadian farmers may be ready to give peas another chance.

Plantings in the world’s top exporter of the legume probably will rise 8 per cent to 3.9 million acres (1.6 million hectares) as prices recover and demand picks up, according to Mercantile Consulting Venture in Winnipeg, Manitoba.

“Prices earlier this (crop) year were not so great, but they have recovered and movement has been good,” Marlene Boersch, Mercantile owner and managing partner, said by telephone.

Forecasts of a recovery come after pulse acres declined to a five-year low in 2018. The legumes fell from favor after a swell of production led to a global glut that sent prices tumbling and India, the world’s biggest consumer, imposed steep tariffs on imports in a bid to shore up markets for domestic suppliers. After soaring to record highs in 2016, the price of yellow peas in parts of Saskatchewan, the largest grower, tumbled more than 54 per cent by August 2018, according to data from Farmers Advanced Risk Management Co.

Now, there are signs of a turnaround. Dryness in India may prompt the government to ease import tariffs on pulse crops later this year if production dwindles, while increased buying from China and the food-processing sector is helping support prices, said Chuck Penner, the owner of LeftField Commodity Research in Winnipeg.

Pea exports to China rose to 530,000 metric tons between August and November, up 21 per cent from a year earlier, according to data from the Canadian Grain Commission. The price of yellow peas in parts of Saskatchewan has jumped 19 per cent from August lows, Farmco data show.

Farmers may now look to shift some acres from durum, spring wheat or canola back into pulse crops, Penner said. “There’s some optimistic views,” he said by telephone. “Farmers are looking at it saying ‘I’m going to give them another try’.”

Corey Loessin plans to dedicate 1,000 acres of his Saskatchewan property this year to peas, up from 400 acres a year ago. Growers may plant increased acres of some pulse varieties as the cost of nitrogen fertilizer needed for other crops, including canola and wheat, has risen 20 per cent from a year ago, he said.

Farmers need to add little or no nitrogen fertilizer to grow a pulse crop as they can convert nitrogen in the air into a form plants can use, according to Winnipeg-based industry group Pulse Canada.

“I’m going to have more peas than I had last year,” said Loessin, who is also a director of Saskatchewan Pulse Growers. “Prices are up a bit so that’s another factor people think about.” 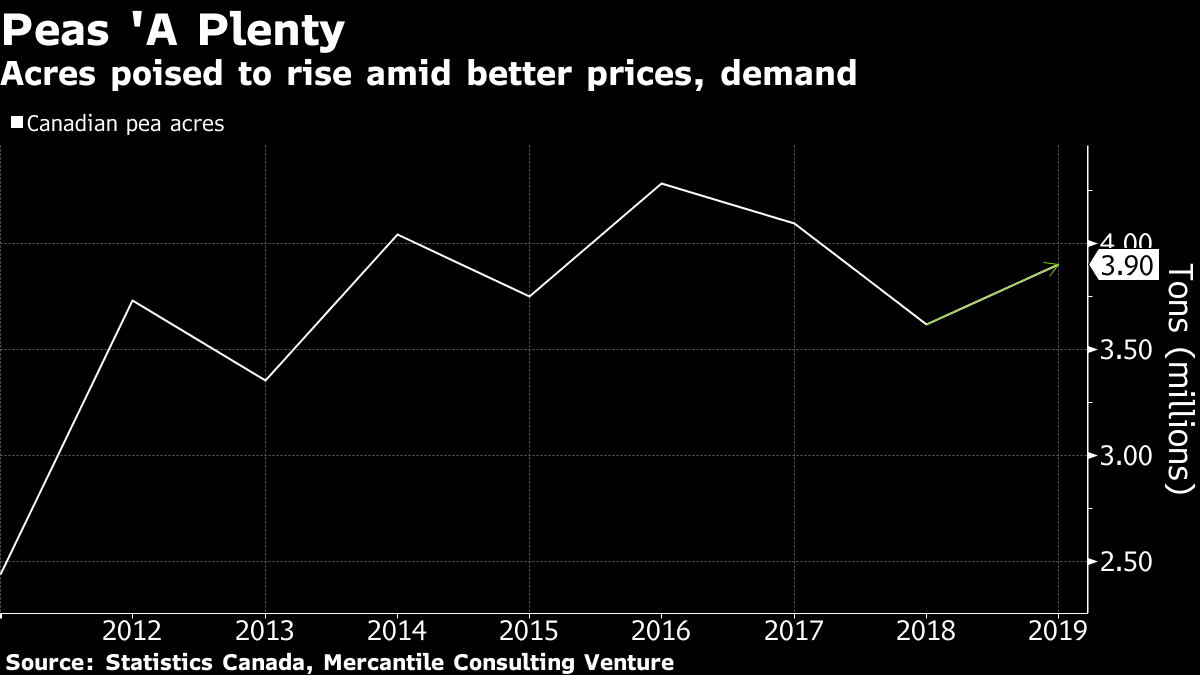