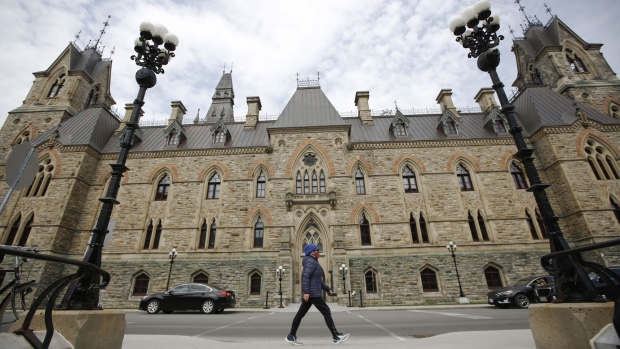 A pedestrian wearing a protective mask walks past the entrance of West Block on Parliament Hill in Ottawa, Ontario, Canada, on Wednesday, April 29, 2020. , David Kawai/Bloomberg

Canada’s government is forecasting a budget deficit for the current year in excess of $300 billion, above most estimates, the Globe and Mail reported.

Economists are estimating the federal deficit will be at least $250 billion for the fiscal year that began April 1.