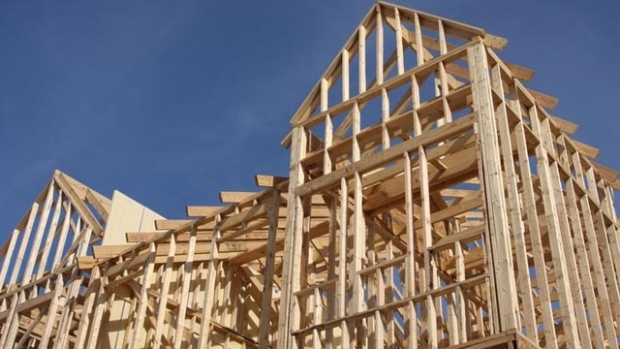 Canadian housing starts rose unexpectedly in August, the Canada Mortgage and Housing Corp said on Monday in a report that boosted expectations for economic growth in the third quarter as condo building continued to surge.

The seasonally-adjusted annual rate of starts rose to 223,232 in August from July's upwardly revised 221,974. Economists had expected a decline to a 212,000 annual rate.The CMHC report showed multiple urban starts - typically condominiums - rose 2.7 per cent to 145,618 units in August, which the agency said "masks a lot of volatility in provincial multiple starts."

The continuation of strength has economists scrambling to rewrite economist forecasts, with residential construction expected to boost economic growth in the second quarter.

"The Canadian housing market refuses to be tamed. The solid labor market and still-low interest rates - despite the Bank of Canada’s recent hikes - are fueling demand and developers are reacting accordingly," National Bank senior economist Krishen Rangasamy wrote in a note to clients.

"For now, thanks to solid gains in July and August, housing starts are on track to expand more than 30 percent annualized in the third quarter," he added.

The Bank of Canada cited unexpectedly strong growth in the second quarter as it raised interest rates last week for the second time in 2017, putting Canada in front of the pack of developed nations looking to normalize borrowing costs after cutting rates during the financial crisis.

"Alongside consumer spending, residential investment has been a key surprise for growth this year and these data suggest that new construction will remain supportive for GDP," CIBC economist Andrew Grantham wrote in a research note.