Would be a 'big deal' if we could restart Oshawa plant before end of 2021: GM Canada president

Canada’s trade balance swung into surplus, as imports plunged due to supply disruptions in the auto industry.

The country posted an unexpected merchandise trade surplus of $594 million (US$492 million) in April from a revised deficit of $1.35 billion a month earlier, Statistics Canada reported Tuesday in Ottawa. Economists were anticipating a deficit of $800 million for the month. 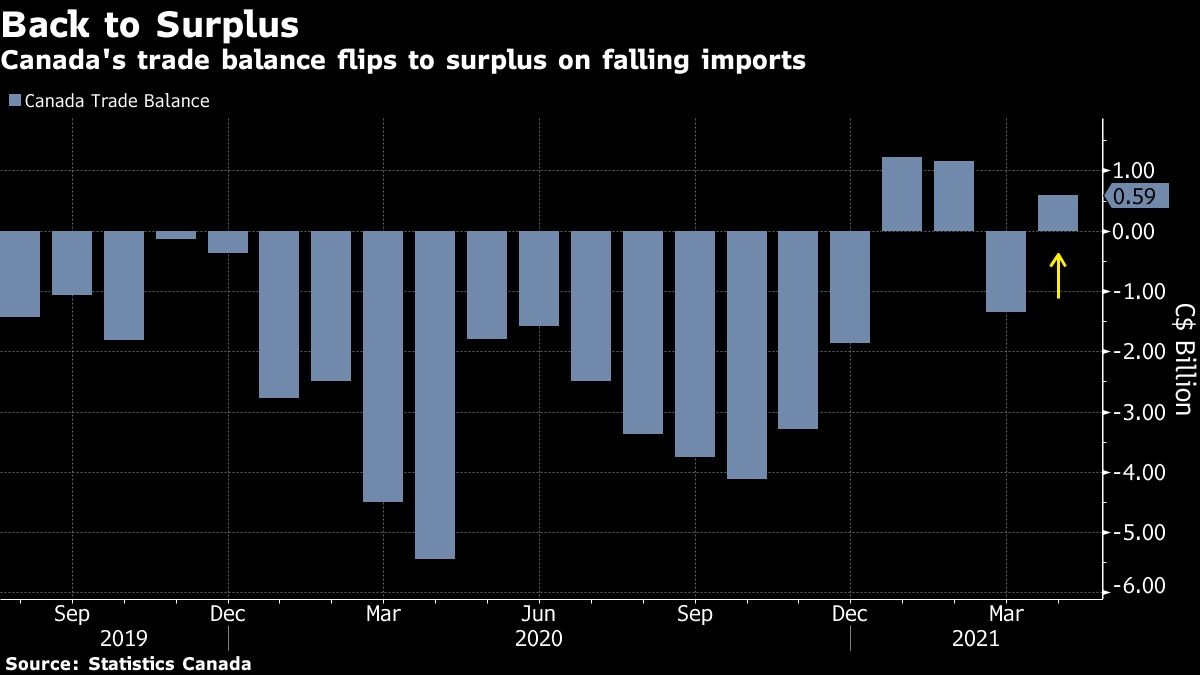 The numbers reflect a sharp drop in imports, which were down 4.7 per cent. That was led by a 22 per cent decline in imports of motor vehicles, reflecting production shutdowns in the auto industry because of a shortage of semiconductors.

Excluding cars, imports were down 1.3 per cent.

Exports fell one per cent in April, also reflecting the auto assembly disruptions.