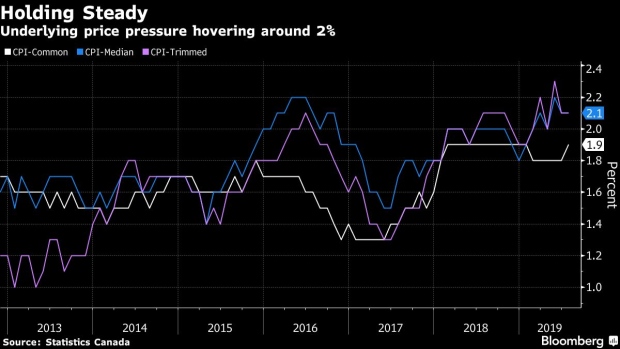 “It’s an argument against a September rate cut, but they’ll still have to respond with stimulus if the global economy slows significantly,” Andrew Kelvin, senior Canada rates strategist at Toronto Dominion Bank.

To contact the editors responsible for this story: Theophilos Argitis at targitis@bloomberg.net, Chris Fournier