Inflation rises most since 1983

Consumer price inflation accelerated in June to the highest level since January 1983, maintaining pressure on the Bank of Canada to continue delivering aggressive interest rate hikes.

The consumer price index rose 8.1 per cent from a year earlier, Statistics Canada data showed Wednesday. The inflation gauge increased 0.7 per cent from a month earlier.

Both numbers were lower than expected, with economists anticipating gains of about 8.4 per cent annually and 0.9 per cent monthly, according to the median estimate in a Bloomberg survey.

The increase in the annual pace of inflation past the 8 per cent mark will keep the Bank of Canada on its tightening path, though the numbers show some evidence of softening. That could stoke expectations that price pressures may be peaking. 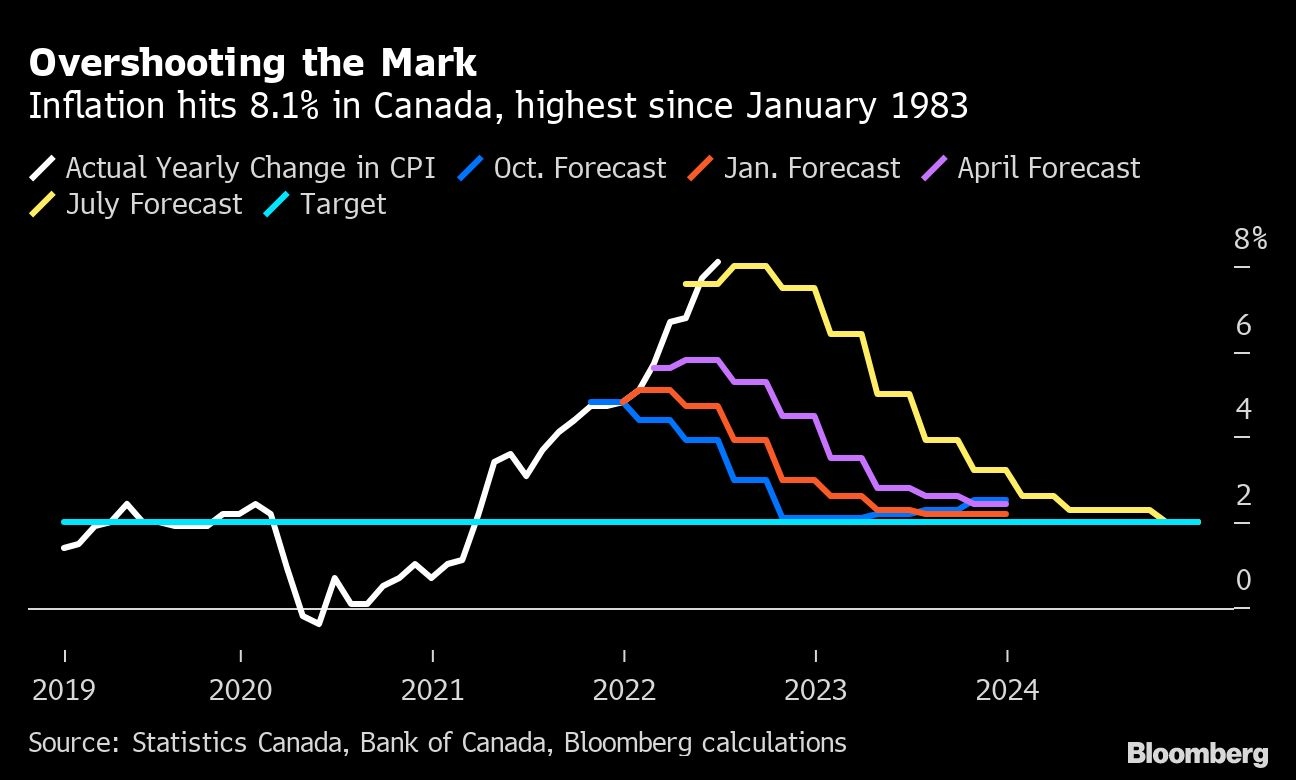 Earlier this month, the Bank of Canada estimated inflation will average about 8 per cent through the third quarter of 2022 before slowing. Swaps trading shows investors expect the central bank to hike its policy interest rate by another 75 basis points in September, after a full percentage increase earlier in July.

Adjusting for seasonal factors, the consumer price index rose 0.6 per cent in June, the slowest pace since January and down from 1.1 per cent in May.

The average of core measures -- often seen as a better indicator of underlying price pressures -- rose to 5 per cent, a record in data back to 1990, from an upwardly revised 4.93 per cent in May.