Employment in Canada fell more than expected in January, reversing months of gains after a fresh wave of lockdowns hit workers in services and close-contact sectors.

The country lost 212,800 positions in the month, Statistics Canada said Friday in Ottawa. Economists in a Bloomberg survey had predicted a drop of 40,000. That’s on top of a 52,700 job loss in December. The unemployment rate jumped to 9.4 per cent, versus 8.8 per cent previously and a forecast of 8.9 per cent.

A new round of restrictions in the largest provinces -- including stay-at-home orders and curfews -- has triggered fresh lay-offs that have stalled the recovery. But the report may do little to reverse upbeat predictions for a strong rebound later this year, given losses were concentrated in part-time positions in a handful of sectors. 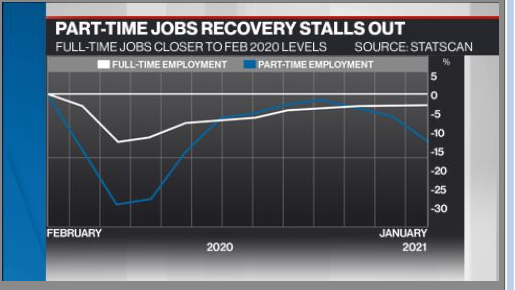 The jobs report “is certainly a little jarring but if one looks past the temporary impact of COVID measures, some of which have already been rolled back, the data does not look that bad,” Toronto-Dominion Bank strategists including Andrew Kelvin said in a report to investors.

Outside of the sectors hit hardest by closures -- trade, recreation, accommodation, and restaurants -- employment was up about 46,000 in January. Those industries have made up 99 per cent of pandemic losses.

Losses in January were entirely part-time positions, with full-time jobs increasing. As a result, hours worked rose 0.9 per cent on the month in January.

Canada’s currency climbed slightly against the U.S. dollar after U.S. payroll numbers also came in shy of expectations. The loonie was trading 0.2 per cent higher at CUS$1.2801 against the greenback at 9:01 a.m. Toronto time. But it dropped against most other major currencies.

Friday’s report wipes out months of gains, leaving employment about 4.5 per cent shy of February’s levels. Still, Canada’s labor market is faring better now than it did during the first wave of restrictions in March and April, when employment fell by 3 million.

The lockdowns were primarily an Ontario and Quebec phenomenon. Excluding those two provinces, employment rose in January, the agency said. 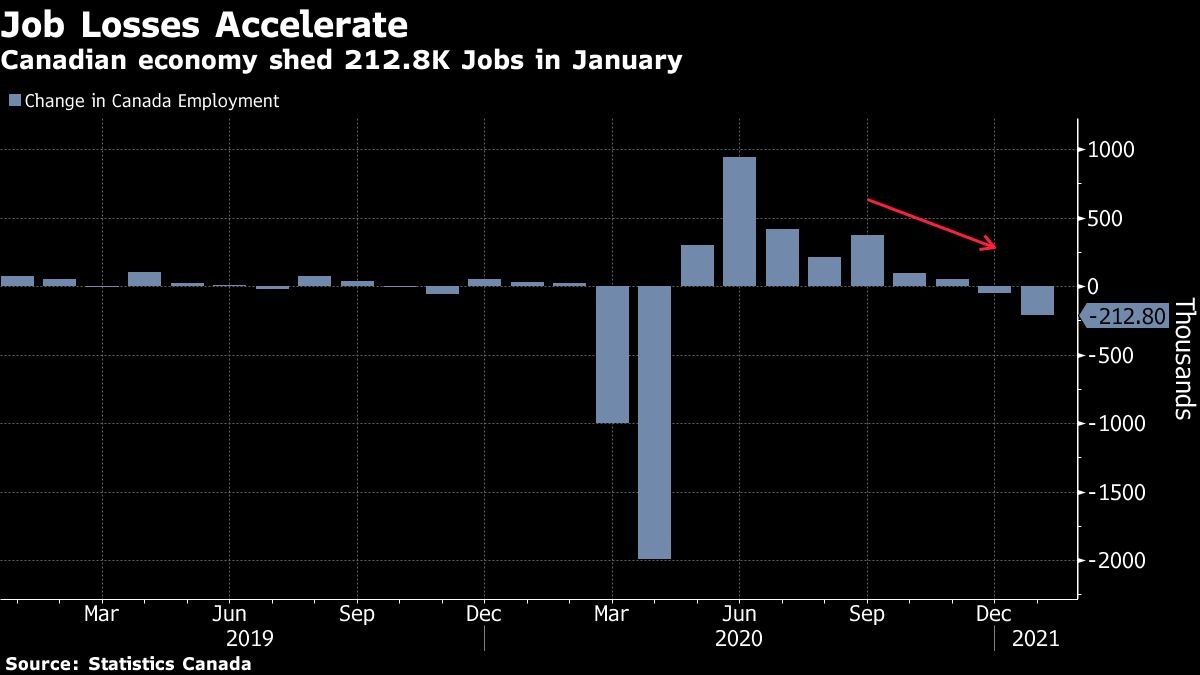