A former head of the Canada Mortgage and Housing Corporation is sounding the alarm on Canada’s rising debt problem, an issue that has gone unaddressed in the country’s recent run-up in home prices.

Robert Kelly, who chaired the CMHC between 2013 to 2018​, said in an interview that the speed in which Canadians are piling into debt is a major red flag for the economy, but hesitated to describe the country’s real estate situation as a “bubble.”

“The reality is that Canadians have taken on a huge amount of household debt over the past two decades and I don’t mean that in just absolute terms, I also mean it in terms of comparing ourselves to other developed countries,” said Kelly, who now sits on the board of the Alberta Investment Management Corp.

According to Statistics Canada, the country’s household debt to disposable income ratio rose to 170.7 per cent in the third quarter of last year, meaning Canadian households owed an average of $1.71 for every dollar of disposable income.

The Organisation for Economic Co-operation and Development (OECD)’s household debt tracker found that Canada's figure stood well above its G7 peers at 186 per cent in 2019. That ranked above the U.S. rate of 105 per cent in 2018. 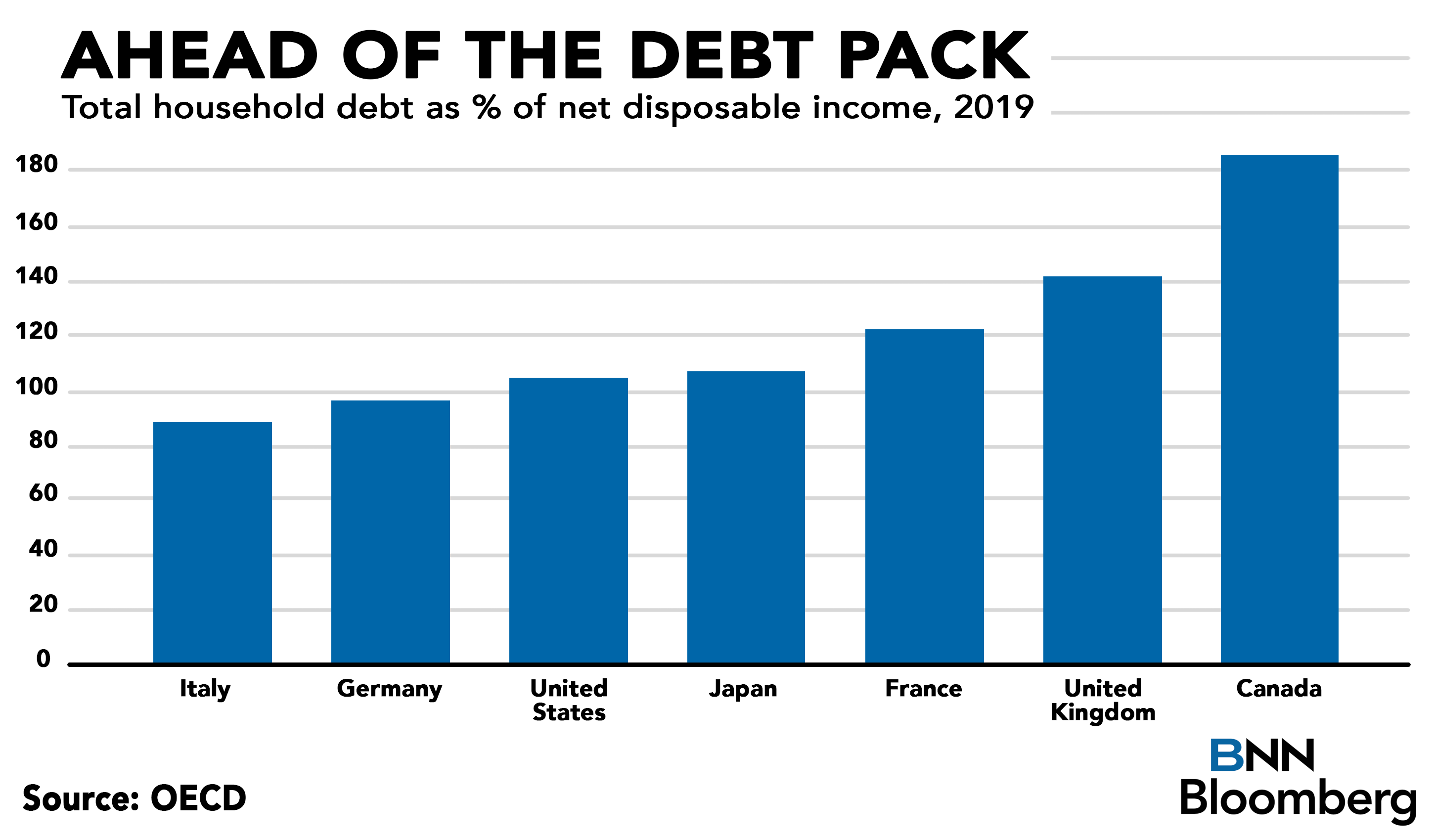 Kelly added that the larger mortgages some Canadians are taking on to pursue housing as an investment leave them much more vulnerable to a rise in mortgage rates.

“I don’t think the average Canadian appreciates the dangers of debt. If rates go up … the next time you get your five-year rate as most Canadians do, you’re going to have a much thinner wallet,” Kelly said. “Canadians have gotten used to the idea that housing prices are going to keep going up and up and up over time. That’s dangerous. It’s not a fabulous investment; it’s a place to live.”

“One thing I do worry about is that people around the world, but particularly in Canada and the United States, have gotten used to the idea of ignoring the amount of debt that they have.”