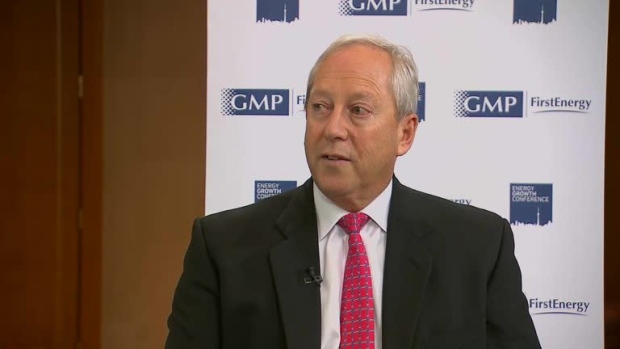 Canada may need to “rethink” its carbon policy to stay competitive in wake of the United States’ election of Donald Trump, according to a top Canadian oil-and-gas executive.

“I think if we put on new taxes on our production — carbon taxes — it will make Canada more uncompetitive,” Jeffery Tonken, CEO of Birchcliff Energy, said in an interview with BNN Wednesday at the GMP FirstEnergy Energy Conference in Toronto. “We need to keep our costs low to compete with the U.S.”

In September, Ottawa announced plans to impose a controversial national carbon tax with the intent of charging $50 per tonne of carbon emitted by 2022. Some provincial leaders, like Saskatchewan’s Brad Wall, have vocally opposed the tax. Others have not. Alberta’s Rachel Notley, for example, has said she has no intentions of banding together with provinces that oppose the tax, and said she agrees with the tax in principle.

Meanwhile, President-elect Donald Trump has said he plans to withdraw the U.S. from the Paris climate agreement, has denied climate change exists and has said he will repeal some of  the current U.S. environmental regulations.

“We need to rethink the program,” Tonken said of Canada’s carbon tax. “We need to help our businesses today, not throw more taxes on them in whatever way that makes it more difficult for us to do business.”

“We assume, we hope, the Canadian government will take into consideration their biggest trading partner is moving in a different direction,” Davidson told BNN.

“There should definitely be measures to reduce emissions, but we should be coming at it a different way,” Fink said.