The Canadian seeks to replace Angel Gurria, who announced in July that he would not seek a fourth term as chief of the Paris-based OECD. The OECD’s 37 member states have already begun a process aimed at selecting a new secretary general for a five-year term that starts June 1.

Canada is pitching Morneau, 57, as the candidate with the most experience on key global issues given his five-year run as a Group of Seven and G20 finance minister, as well as being best positioned to broker consensus within the group on divisive issues such as digital taxation.

“There’s an opportunity for me, not just based on my nationality but also based on having sat at the table at the G20 and the G7 and other forums, as well as the IMF and World Bank, to actually bridge some differences,” Morneau said in a phone interview with Bloomberg. 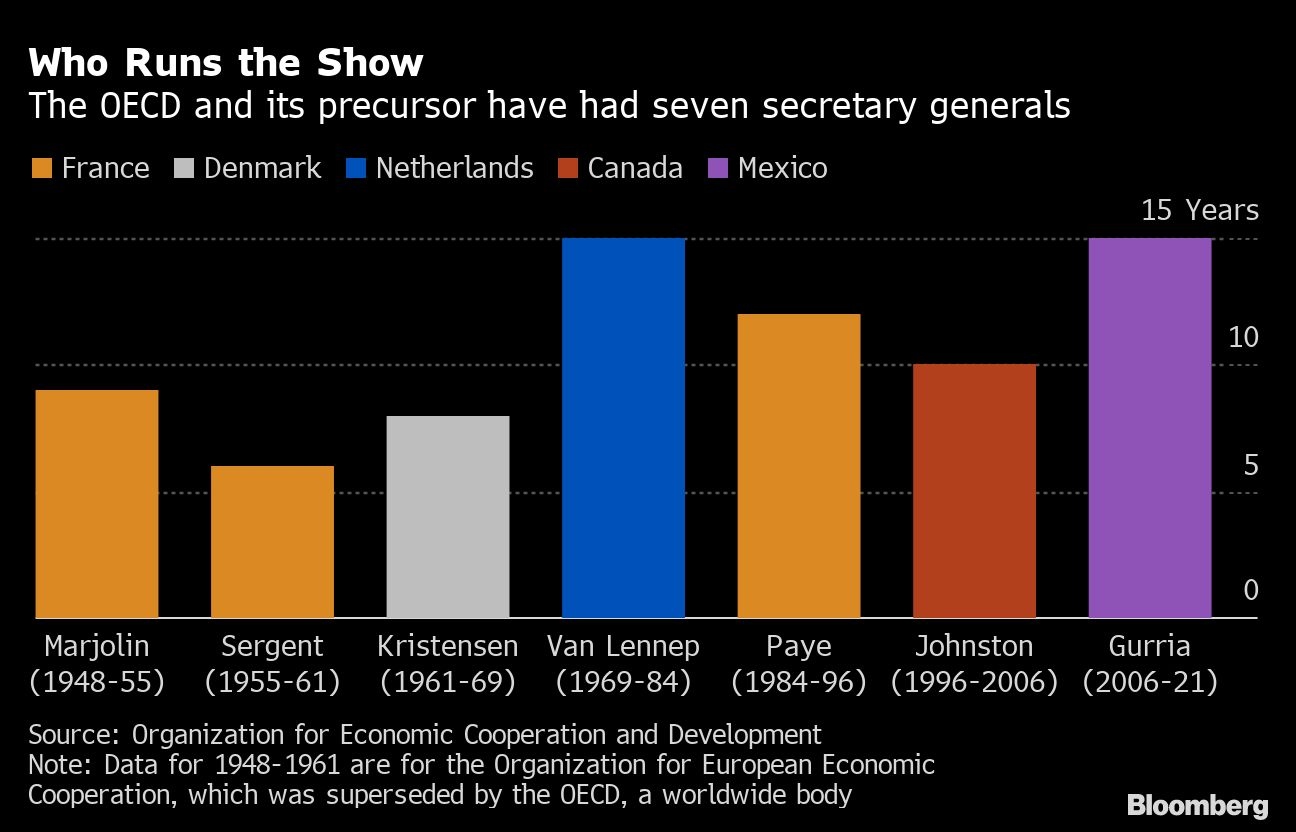 One of the biggest areas of contention has been disputes between the U.S. and various European nations on taxing American digital companies like Facebook Inc. and Alphabet Inc.’s Google.

The OECD has been trying to forge an agreement among almost 140 countries on a global tax overhaul to address how multinationals -- particularly big technology companies -- are taxed.

In addition to digitization, Morneau listed three other key issues the OECD will be tackling within the next five years: helping economies deal with the pandemic, inclusive growth and climate change.

“In each one of these issues, I’ve been directly focused on them over the course of my time as minister of finance,” said Morneau, who resigned from the post in August, citing his interest in seeking the OECD role.

There’s plenty of competition: U.S. President Donald Trump is nominating a top aide -- Christopher Liddell -- to lead the organization and Sweden is nominating former European Trade Commissioner Cecilia Malmstrom for the top job, which has never been held by a woman. There hasn’t been a European at its helm in more than two decades.

Also potentially working against Morneau is that a Canadian -- Donald Johnston -- headed the OECD for a decade between 1996 and 2006.

Morneau played down the potential politics of the selection process, saying the organization’s policy is to make merit-based appointments. The Canadian will head to Paris on Saturday to spend the next few weeks introducing himself to OECD ambassadors and listening to their concerns.

The organization was founded in 1961 and gives policy advice to the world’s richest economies. Gurria, 70, a former foreign minister of Mexico, has led the group since 2006. Member countries have until the end of October to put forward candidates.