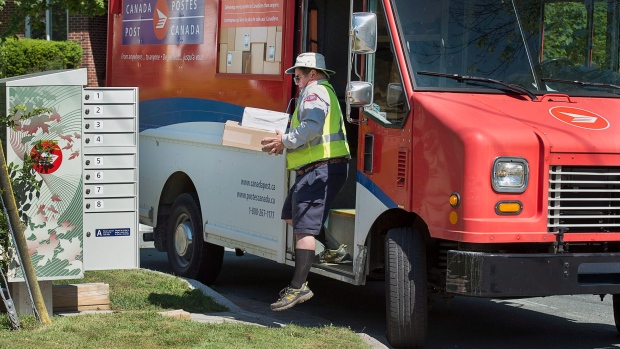 The Crown corporation says processing and delivering packages demands more technology, real estate, vehicles and time interacting with customers than handling letters, a burden that weighs on profits as tech giants such as Amazon expand their reach.

Canada Post says the number of addresses receiving daily mail and parcel service climbed by 168,000 in 2019, but that residents and businesses increasingly chat, advertise and do business digitally.

Revenue from that "transaction mail," sometimes known as snail mail, dropped by $69 million or 2.5 per cent year over year, with volumes falling by more 192 million pieces or 6.4 per cent.

The Canada Post Group of Companies, which owns the vast majority of the profitable Purolator Inc., is reporting a loss of $23 million before taxes for 2019, compared with a loss of $118 million 2018.

Canada Post says the COVID-19 pandemic had no impact on the its business last year, but has the potential to disrupt its operations in 2020 and beyond.