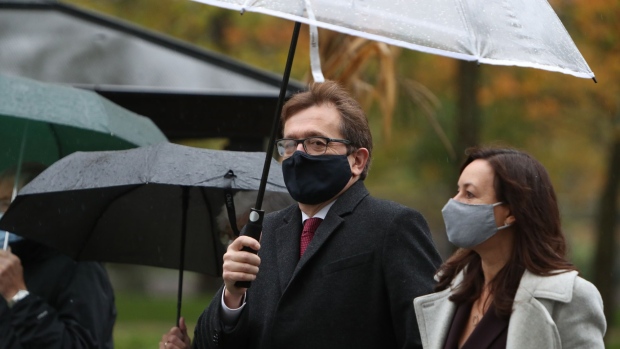 (Bloomberg) -- Canada is preparing to roll out a tax credit for investments in carbon capture, a key step to reduce greenhouse-gas emissions from its oil sands, and will soon outline its 2030 goals for pollution cuts.

The federal government will probably include the tax credit in the next budget and detail the goal to cut emissions 40% to 45% below 2005 levels by March, Jonathan Wilkinson, Canada’s natural resource minister, said in a phone interview.

Oil sands companies have said that zeroing out carbon emissions from their operations could cost C$75 billion ($60 billion), mostly for carbon capture projects, which may require as much as two-thirds of the capital supplied through government support.

The tax incentive would be similar to what’s offered in the U.S., Wilkinson said. The credit would exclude carbon capture that’s used to boost oil production, called enhanced oil recovery.

Canada will detail a plan to cut emissions further by 2050 later on, Wilkinson said.

The government also expects to announce a cap on emissions from oil and gas facilities as early as this year, in line with a campaign pledge by Prime Minister Justin Trudeau.

The oil sands industry has already adopted a 100 megaton cap on emissions that’s well above current levels but the federal government’s cap would be lower, closer to the current emissions and it would be lowered over time, the minister said.