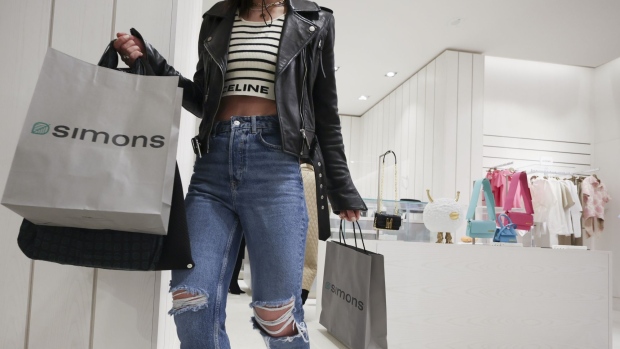 (Bloomberg) -- Canadian retail sales rose slightly in August, a welcome rebound from the largest decline in more than a year in July.

Receipts for retailers increased 0.4% in August, Statistics Canada reported Friday in Ottawa, according to an advance estimate. That follows a 2.5% sales drop in July, which was the first decline in seven months and the largest since April 2021. Lower sales at gasoline stations and clothing stores led the decline in July.

Analysts are closely monitoring retail spending to gauge how much consumers may be pulling back as inflation and higher interest rates erode purchasing power. Recent economic data suggest the Canadian economy has already begun to slow down from a strong first half of 2022.

The statistics agency didn’t provide details of the August number, which is based on responses from 51.1% of companies surveyed.

Sales were down in nine of 11 subsectors in July, representing 94.5% of retail trade. Excluding autos and parts, retail sales decreased 3.1%.

The median estimate in a Bloomberg survey of economists called for a 2% drop in retail sales for July.