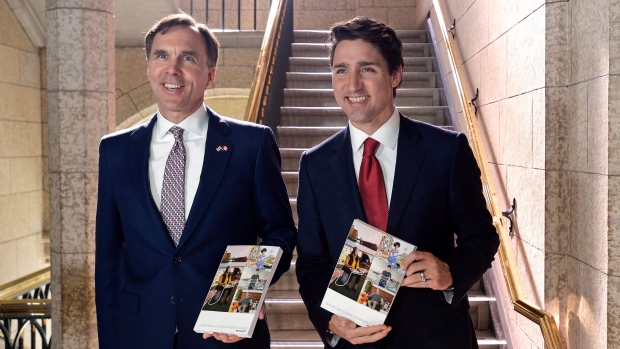 Canada’s economy is heading for some “serious headwinds” that threaten to knock the country from its perch as the G7 growth leader, according to Gluskin Sheff Chief Economist David Rosenberg.

“All in, Canada faces some serious headwinds that seem likely to overpower what tailwinds we have going for us,” he wrote in a report to clients Wednesday.

While Rosenberg lauds the country’s “pro-growth immigration policy” and the recovery that has taken place in Alberta, he also warned that Canada’s energy policies threaten to put it at a disadvantage.

“The end of the plunge in energy-related activity is not the same as a new bull phase, which isn’t happening for a whole host of reasons,” Rosenberg wrote. “From an incoherent pipeline policy at the government level to the reality that the term ‘peak oil’ today refers to global demand for fossil fuels, no longer supply.”

THE BEST OF ROSENBERG

And amidst all the uncertainties, Rosenberg is worried the government is losing sight of the big picture.

“I don’t know how it is with all the challenges that cannabis is a top priority for the federal government, unless this is a cash cow for Ottawa to deploy in its pet spending projects,” he wrote. “Or maybe one should look at the bright side insofar as the revenue stream from legalizing pot will prevent the feds from any further move to drain financial resources from the private sector.”

“Either way, Canada seems rudderless at the moment, and that is a problem.”