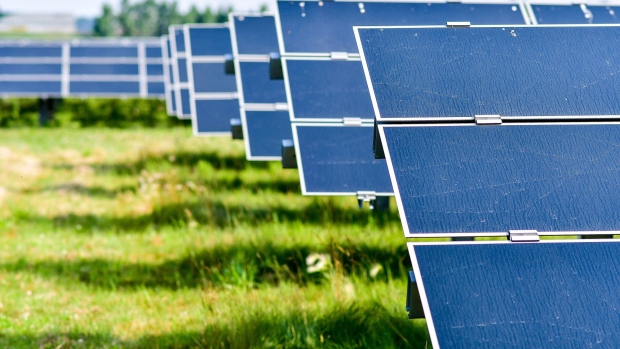 Desjardins Group, North America’s largest financial services co-operative, is considering a sale of sustainable bonds in the U.S. after its debut ESG debt sale in Canada priced at lower interest rates than its conventional debt.

“If I see another opportunity to issue senior debt in the U.S. just as other banks did since 2017 or something like that, I would,” Desjardins’ Head of Treasury Yassir Berbiche said in an interview after selling $500 million (US$396 million) of sustainable bonds last week at a greenium of 4 basis points, referring to the price benefit of issuing environmental, social and governance bonds. Desjardins may also use its ESG bond program to eventually offer subordinated debt, Berbiche said.

Canadian issuers from governments to corporations have raised $19 billion of ESG bonds in the domestic and international markets so far this year, according to data compiled by Bloomberg. That’s already an annual record with more than three months to go as issuers get lured by the steady growth of credit funds focused on such securities.

The goal is “to create a virtuous circle,” said Berbiche, who was treasurer at Caisse de Depot et Placement du Quebec before joining Desjardins over two years ago. “If I have a greenium, I would transfer prices to our business line, so there will be more competitive assets, so my inventories will increase, so I can issue more.”

Desjardins priced its sustainable debt at a spread of 73 basis points, allowing the firm to lock in a higher greenium than other other ESG bonds sold in Canada, he said. The sale got an order book equivalent to 3.2 times the deal size and 52 investors took part in the offering.

Given the current low yields in most debt markets, issuers have to be mindful about where they utilize their ESG bond programs, said Berbiche.

“Tomorrow I can use it for a covered bond in Europe,” said Berbiche.  But “chasing a greenium in the covered bond space, where the spreads are so low, is not good.”

Desjardins’ 500 million euros of 0.01 per cent covered bonds due 2026 are quoted at a negative yield of around 26 basis points, which is equivalent to a spread of around 38 basis points over German government securities.