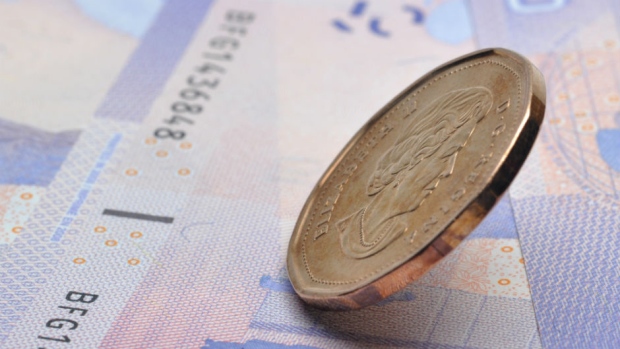 OTTAWA  - Canada's economy accelerated far more than expected in the second quarter, racking up the strongest pace of growth in nearly six years, as consumers continued to spend and energy exports rose, data from Statistics Canada showed on Thursday.

Gross domestic product grew at an annualized 4.5 per cent pace, handily topping forecasts for 3.7 per cent and making for the best rate since the third quarter of 2011. The first quarter was unchanged at 3.7 per cent.

“When was the last time you heard of a 4.5-per-cent print on any kind of growth? I mean, you’re looking at China,” said TD Deputy Chief Economist Derek Burleton in an interview with BNN. “Since the mid-part of last year the economy has come back with significant life and it’s been great to see.”

Canada's performance in the first six months of the year was the strongest since 2002 on a non-annualized basis and has made the country a growth leader among its industrialized peers. 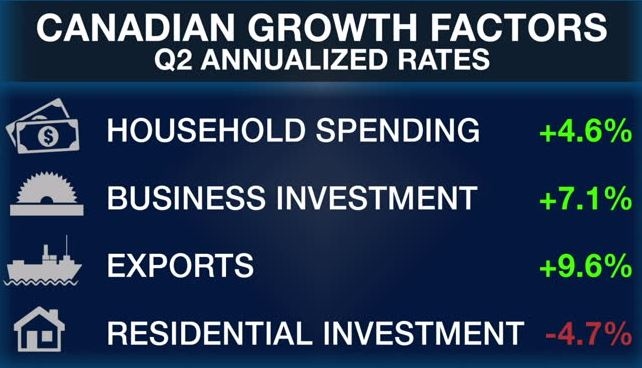 The consumer, long a pillar of the economy, continued to boost growth, with household consumption rising by an annualized 4.6 per cent as Canadians spent on vehicles.

Exports also lifted the economy on the back of increased shipments of energy products, including crude oil and bitumen, as prices for such products fell.

“Canada's second quarter let the good times roll, so much so that the country's national humility has almost everyone assuming that this can't last,” wrote CIBC Capital Markets Chief Economist Avery Shenfeld in a report to clients, adding in a follow up report that his team now expects the Bank of Canada will raise interest rates again at its meeting on September 7.

“This will be, to the extent possible, a ‘dovish hike’,” Shenfeld wrote. “As the Bank will hint at a likely pause after September, lest markets push the [Canadian dollar] with too much enthusiasm and threaten downside pressure on exports and CPI.”