The latest jobs report 'should be setting off alarm bells' for the Bank of Canada: Former StatCan economist

Employment rose 153,700 last month, Statistics Canada reported Friday in Ottawa. That’s more than quadruple the 37,500 gain economists were predicting, according to the median estimate in a Bloomberg survey.

The numbers show just how close the nation’s economy is to full employment at a time when businesses are raising worries about labor shortages and policy makers are considering ways to cool the recovery down. 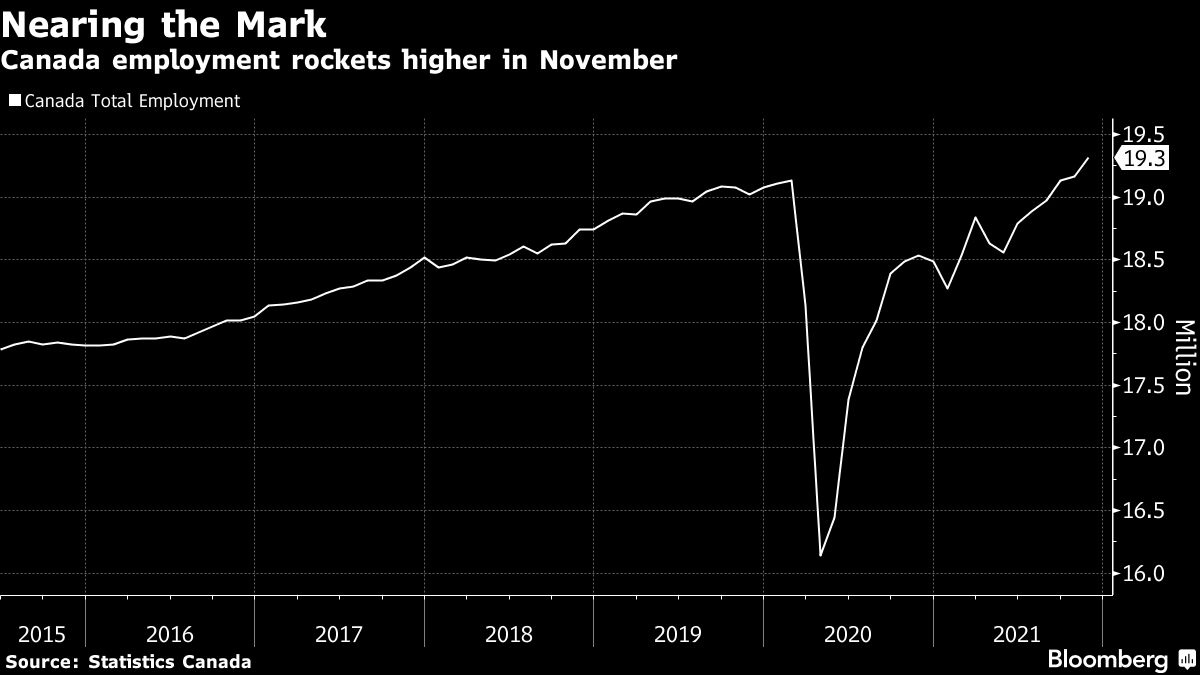 The unemployment rate fell to 6 per cent -- very near pre-pandemic levels -- from 6.7 per cent in October. Employment is now 186,000 jobs beyond where it was in February 2020. Hours worked rose 0.7 per cent, fully recouping Covid losses for the first time.

November’s gains reflect large numbers of people exiting unemployment ranks, a development that coincided with Prime Minister Justin Trudeau’s government decision to terminate its key support program for individuals in October. Unemployment levels fell by 122,000 last month, versus 56,200 in October. Much of that decline were people who were out of a job for 52 weeks or more.

“We warned the risks were toward a much stronger report as pandemic support programs ended in late October -- and that’s exactly what we got,” Benjamin Reitzes, Canadian rates and macro strategist at Bank of Montreal, said by email. 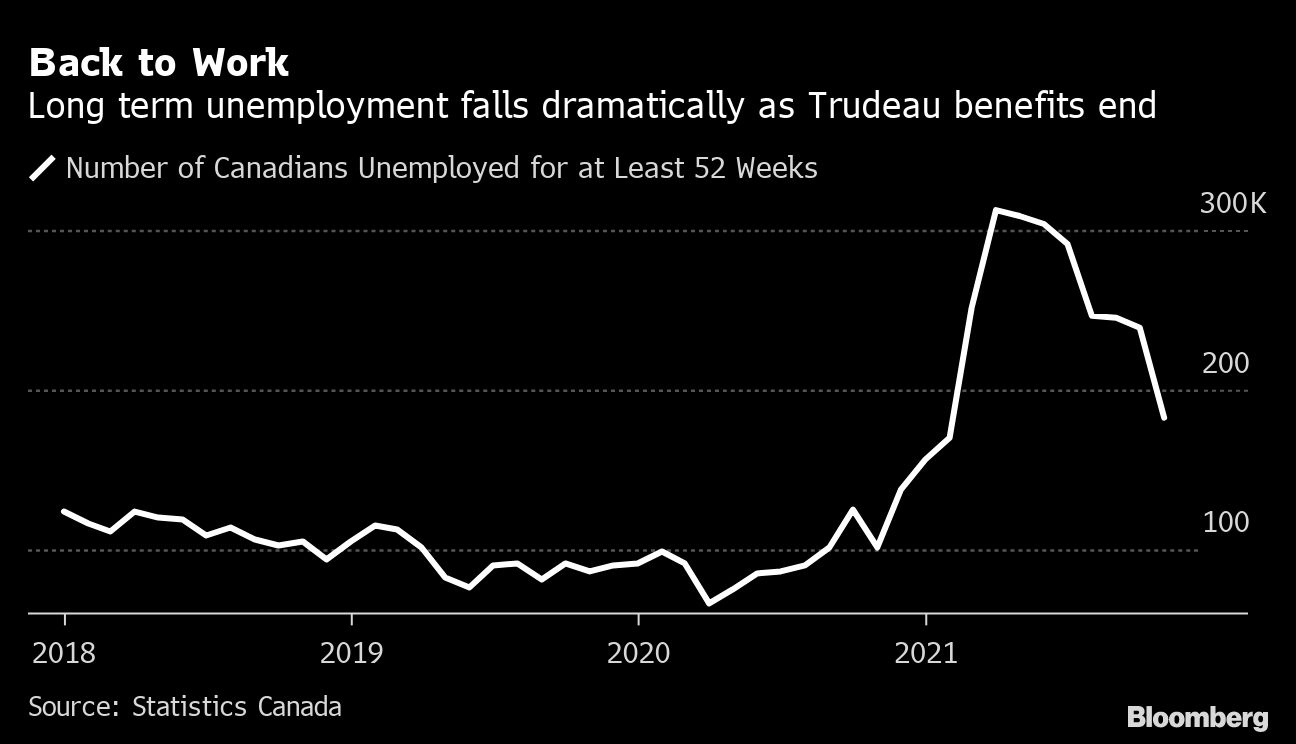 The job-finding rate -- the share of unemployed Canadians in October who appear to find jobs in November -- jumped to 37 per cent, the highest since March last year.

Friday’s report is consistent with other data that suggest the income-support programs that began in April 2020 may have held back employment gains. The share of people actively looking for employment rose to 30 per cent in October, up from 25 per cent in September, according to job posting site Indeed Canada. The increase was largely driven by unemployed workers who described their search as immediate.

Apparently, in an economy with more than 1 million job vacancies, employers are hiring as many workers as they can, and holding on to existing workers. The job separation rate -- the share of employed Canadians who enter the unemployment ranks -- fell to just under 2 per cent in November for the first time in data back to 1976.

There are also signs of tightening labor market conditions in the wage numbers. The average hourly wage rate in November was up 2.7 per cent from a year ago, an acceleration from 2 per cent in October. For permanent employees, wages are up 3 per cent.

The data will only cement expectations that interest rates are poised to increase. Markets are pricing in five Bank of Canada interest rate hikes next year.

“Labor markets are tightening sharply, and that positions the Bank of Canada to hike earlier than we had expected,” Royce Mendes, an economist at Canadian Imperial Bank of Commerce, said by email.

The gains were nearly evenly split between part-time and full time, with growth led by the private sector. The services sector accounted for a majority of new positions, led by health care, retail trade and professional services. Manufacturing was responsible for all the job gains in the goods-producing sector.

The survey results didn’t capture the impacts of the severe flooding that occurred in British Columbia, according to Statistics Canada.