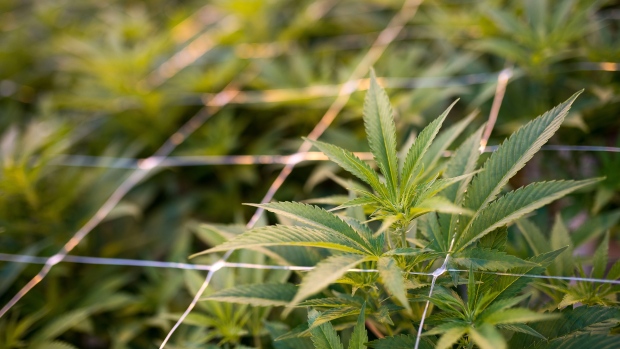 Cannabis plant grows in a greenhouse in Canada. , James MacDonald/Bloomberg

The energy index was the worst-performing sector in the S&P/TSX Composite Index in 2017, falling 10 per cent and winning the dubious distinction of being the only sector to end the year lower than it started.

Meanwhile, cannabis stocks led the health-care index to a gain of 33 per cent, making it by far the best-performing sector of 2017.

That performance was upended in April, when the energy sector gained 9 per cent and health-care stocks slipped 0.1 per cent.

The contrast is even more stark if you look at individual stocks. In 2017, the top three performers on the Canadian benchmark were all marijuana companies: Aurora Cannabis Inc., with a gain of 252 per cent, followed by Canopy Growth Corp. and Aphria Inc. Among the 10 worst performers, seven of them were energy stocks.

In April, eight of the top 10 best-performing stocks were energy companies, while Aurora, Canopy and Aphria all ended up in the bottom 10.

The reversal is illustrative of a shift in sentiment for both sectors. Oil prices were range-bound in 2017 as growing U.S. production offset OPEC’s production cuts, while the discount for Canadian crude widened by almost two-thirds over the course of the year. In April, crude prices rose by almost $4 a barrel and Canada’s crude differential narrowed to less than $17 from $22.

For pot stocks, meanwhile, 2017 was characterized by buoyant investors betting on growth in demand as Canada and some U.S. states moved towards legalizing recreational toking. That upbeat assessment has been challenged this year amid growing volatility for the stocks, and uncertainty surrounding continued reform of laws governing possession in the U.S.