Canadian underlying inflation hit the highest in a decade in November, reinforcing a decision by policy makers this month to refrain from cutting interest rates despite concerns around slowing growth.

Inflation rose 2.2 per cent in November from a year earlier, compared with 1.9 per cent in October, on higher shelter and vehicle costs, Statistics Canada reported Wednesday. The annual reading matched economist expectations. On a monthly basis, the consumer price index fell 0.1 per cent, also matching forecasts.

Core inflation -- seen as a better measure of underlying price pressure than the headline figure -- increased 2.2 per cent, the highest reading since 2009, from 2.1 per cent in October.

Wednesday’s report bears out the view from the Bank of Canada, which said in its December rate statement that inflation would increase temporarily in the coming months, due to year over year movements in gasoline prices.

“Should gasoline prices remain stable, the headline inflation rate should also cool back down in the second quarter of next year, as the year-ago comparisons become a bit firmer,” Royce Mendes, an economist at Canadian Imperial Bank of Commerce, wrote in a note. 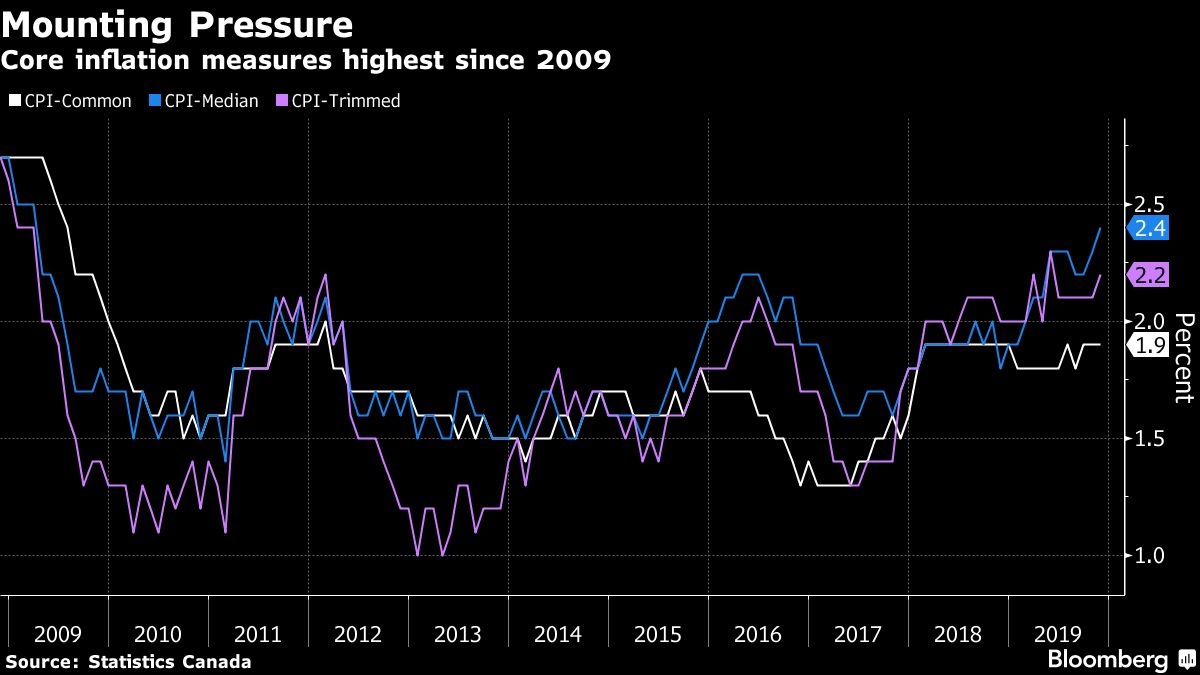