The seven-month streak of gains in Canada’s labor market probably came to an end last month.

Economists in a Bloomberg survey expect Statistics Canada to report Friday the country lost 30,000 jobs in December. They also predict the unemployment rate ticked up 0.2 percentage points to 8.7 per cent.

Virus cases continue to rise, forcing local authorities to tighten restrictions even further on businesses and households. Partial lockdowns in Toronto, Montreal and the province of Manitoba probably led to more job losses in already battered sectors like restaurants, hotels and the recreation industry. 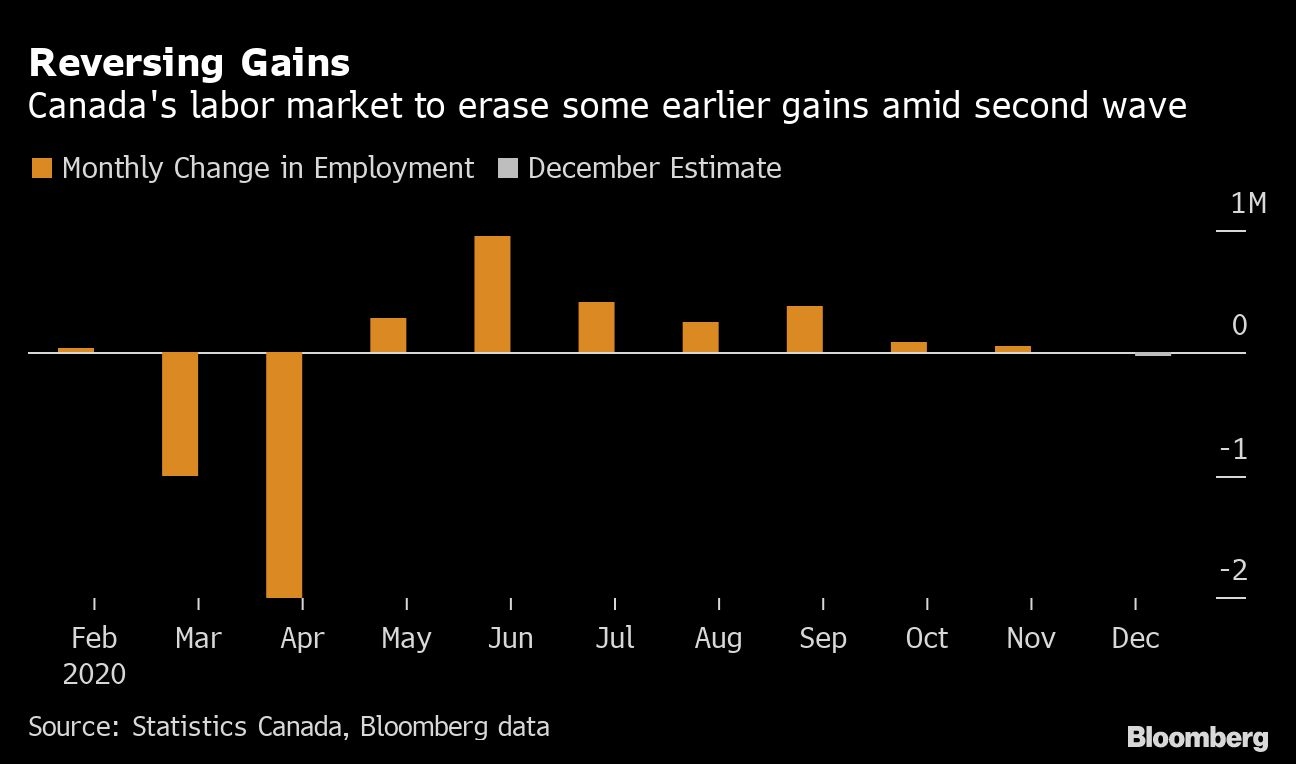 All but three of the 15 economists surveyed by Bloomberg see losses in December. Toronto-Dominion Bank’s estimate of a 125,000 decline is the most pessimistic.

Uncertainty around how quickly the government can inoculate a majority of the population, the appearance of new strains of COVID-19 and the extension of post-holiday lockdowns are hampering the prospects for an improvement this month.

“That’s a February and March story for jobs to come back,” Beata Caranci, Toronto-Dominion’s chief economist, said by phone. She sees job losses continuing in January.

Canada’s labor market rebounded swiftly through the summer and fall, recovering more than 80 per cent of the 3 million jobs lost in March and April. But with the economy entering a drawn out recuperation phase, a slowdown had been widely expected, and the second-wave of COVID-19 is adding to the challenges.

Not everyone is downbeat.

Brendon Bernard, an economist at job-posting site Indeed Canada, said listings as of Dec. 31 were only 1 per cent below year-earlier levels, suggesting “many employers are looking through the recent upswing in new COVID-19 cases to what’s hopefully a brighter outlook in 2021.”

He noted stronger than average increases in job postings for loading and stocking, nursing, construction and customer service sectors.