The seven-month streak of gains in Canada’s labor market came to an end in December as health authorities tightened restrictions to curb a second-wave of COVID-19 cases.

Canada lost 62,600 jobs in the month, Statistics Canada said Friday from Ottawa. Economists were expecting a decline of 37,500, the median forecast in a Bloomberg survey.The unemployment rate edged up to 8.6 per cent, from 8.5 per cent in November.

Uncertainty around the vaccine rollout, the appearance of new strains of COVID-19 and the extension of post-holiday lockdowns are hampering the prospects for an improvement at the start of this year. 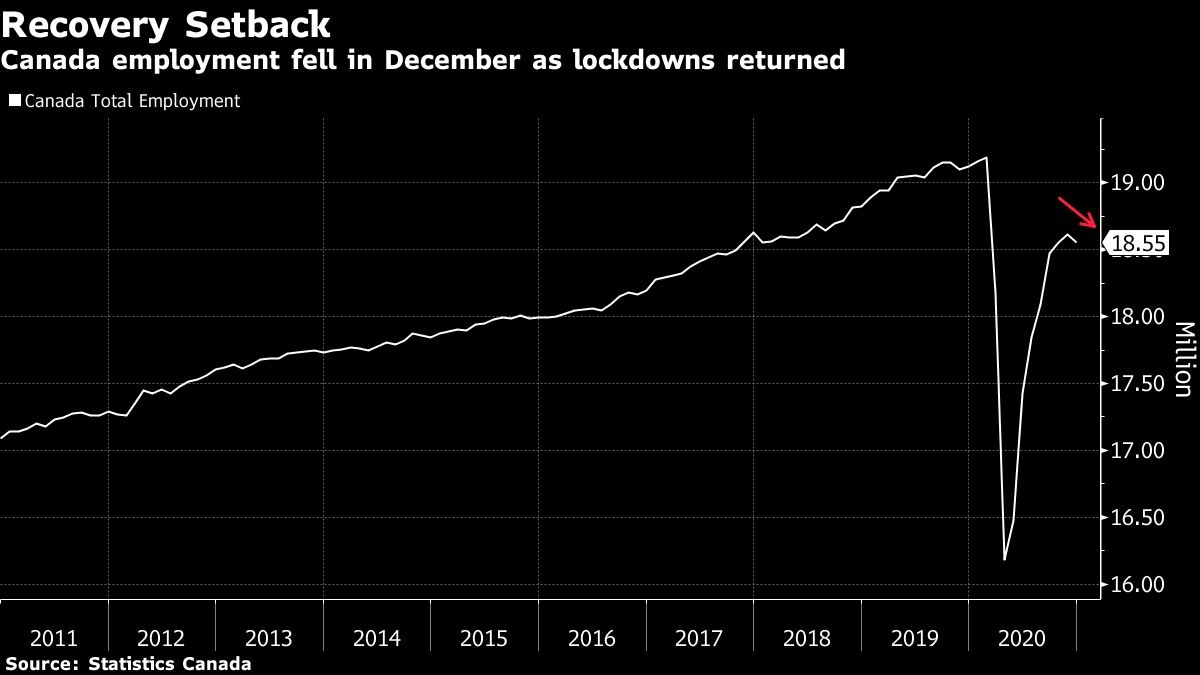 “Due to both the continuing rise in virus cases to open the new year and the further curtailments of activity since the last survey, another month of job losses could be on the horizon in January,” Royce Mendes, an economist at Canadian Imperial Bank of Commerce, said in a report to investors.

The Canadian dollar reversed losses against its U.S. counterpart, which weakened against global currencies after the Labor Department reported an unexpected drop in payrolls. The loonie was up 0.1 per cent to $1.2677 at 9:03 a.m. in Toronto trading.

Yet, there’s optimism the economy will quickly accelerate once the pace of vaccinations picks up.

While the labor market has recovered 79 per cent of the 3 million positions lost during March and April, Canada is still down 636,000 jobs compared with February. That’s more than the roughly 430,000 jobs lost at the height of the 2008-2009 recession.

Hours worked dropped 0.3 per cent on the month in December.

Economists had forecast an 8.7 per cent jobless rate.