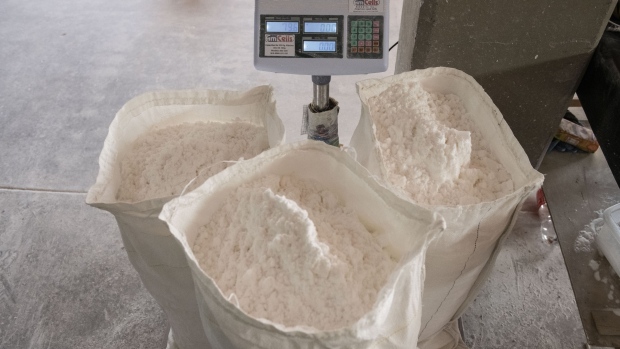 Lithium has gotten so hot that even China’s gold miners want a slice of the market. , Bloomberg

Shares of the Toronto-based mining company, which produces lithium used primarily in battery production from its main asset in Argentina, rose as much as 13.7 per cent to $6.24 per share in early Tuesday trading on the TSX Venture Exchange. Zijin is offering $6.50 per share in cash for Neo Lithium, according to the terms of the deal announced after markets closed Friday, representing a total purchase price of $960-million.

The offer represents Zijin’s first attempt to acquire assets connected to the electric vehicle supply chain, having focused exclusively on base metals such as gold, copper and zinc for nearly three decades since its formation in 1993. Fujian-based Zijin has acquired three other Canadian-based companies in recent years, including a $1.8-billion deal for Nevsun in 2018, a $1.4-billion takeover of Continental Gold in 2019 and a $323-million acquisition of Guyana Goldfields last year.

Zijin is also working with Canada’s Barrick Gold Corp. to negotiate a deal with the Papua New Guinea government to operate the Porgera gold mine in the country’s rainforest-covered highlands. The company reported record annual profits in its 2020 fiscal year of 6.51 billion yuan, up 52 per cent from the previous year, amid a global surge in gold and copper prices.

Several Chinese government entities are among Zijin’s largest shareholders, including the Minxi Xinghang State-owned Assets Investment Company Limited and Shanghang County, which is the region of Fujian where the company is based. Canada's federal government must automatically review any foreign takeover of a Canadian company with a deal value above $1.043 billion, according to the Investment Canada Act, though the automatic review threshold for any state-owned enterprise attempting to acquire a Canadian company is just $415 million.

Ottawa also has wide discretion to review foreign takeover offers below that threshold for potential natural security concerns. In late 2020, for example, the federal government blocked a $230-million bid for TMAC Resources from Chinese state-owned Shandong Gold because TMAC operated a mine roughly 100 kilometres from a NORAD North Warning System radar installation in Nunavut.

CATL is the world’s largest producer of electric vehicle batteries, supplying major car makers such as Tesla and Volkswagen. In September 2020, CATL invested $8.5 million in Neo Lithium in exchange for an eight per cent equity stake, becoming the Canadian company’s third-largest shareholder.

Innovation, Science and Economic Development Canada did not immediately respond to questions on whether the Zijin Mining offer to acquire Neo Lithium will be subject to review under the Investment Canada Act.