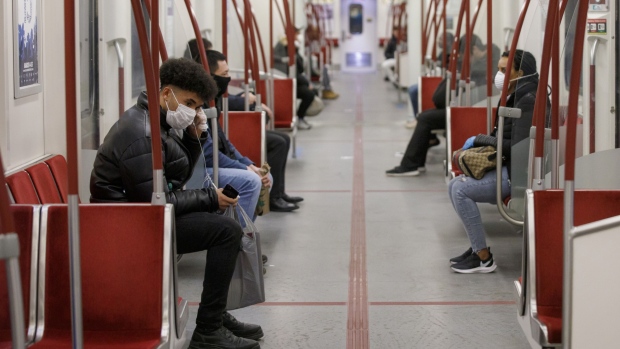 Ontario Municipal Employment Retirement System has put a team in place to analyze what the world will look like in the post-pandemic era.

The $109 billion pension fund is weighing everything from what it’ll look like when people go back to work to how different companies in its portfolio will fare, Blake Hutcheson said in a Canadian Club of Toronto virtual roundtable.

Infrastructure tends to be the most resilient in times like this, he said, as governments tend to be involved. Last year, OMERS cut its stock holdings as its returns climbed and added to its infrastructure bets, while decreasing its real estate and private equity holdings moderately.

The firm posted 11.9 per cent in returns on its investments in 2019. It plans to grow to $200 billion of assets under management over the next seven to 10 years.

Over at Ontario Teachers’ Pension Plan, internal teams have started to run stress tests with portfolio companies to see how they are being impacted, said its head of equities, Jane Rowe. The pension fund’s management teams are also working with its treasury department to address potential liquidity issues with those companies, she said.

Rowe will take on a new role of vice-chair for investments on Oct. 1, the pension fund announced Thursday.

“It touches each portfolio company different. Some companies may not survive this event, but we are here to support them,” she said. “Nobody is going to the gym right now, so these are being impacted. Garbage business like GFL Environmental have not been impacted at the same amount, for example.”

The $207 billion pension fund delivered a 10.4 per cent return last year, lagging its 12.2 per cent benchmark. The failure to beat that hurdle tends to happen when public equities have exceptional returns, the firm said in a March statement.

OTTP has hired a consultancy firm and KPMG to help the companies in its portfolio to understand the resources that are available to them, including government support, and how to best tap these while navigating the pandemic-ridden world.

Alberta Investment Management Corp. chief Kevin Uebelein sees a big advantage in private assets -- whose performance are ranging from “holding up quite well to pretty badly” -- amid this crisis.

“We have the ability to be in the trenches with them, be hyper transparent and influence their outcome,” he said.

AIMCo posted a 10.6% total fund return last year, trailing its benchmark by 0.5 per cent, after a weaker performance from its division that manages less liquid assets like infrastructure and real estate. It manages about $118.8 billion in assets.