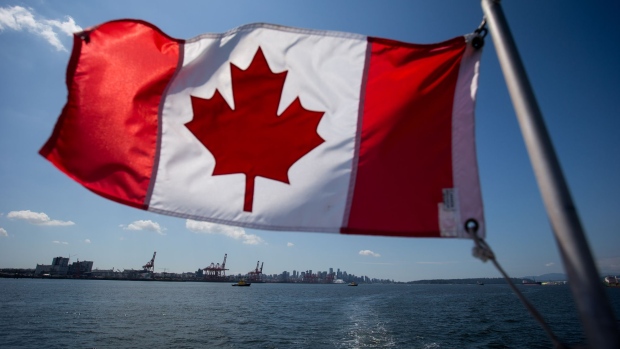 A Canadian flag flies from a Harbour Authority patrol boat as gantry cranes are seen at the Port of Vancouver in Vancouver, British Columbia, Canada, on Tuesday, July 11, 2017. , Photographer: Darryl Dyck/Bloomberg

The number of people living in Canada rose by 1.2 per cent, or 457,888, to 38.5 million in 2021, according to Statistics Canada estimates released Thursday in Ottawa. That’s up from 160,273 the previous year, and closer to the record population-growth levels in the years before the COVID-19 pandemic. 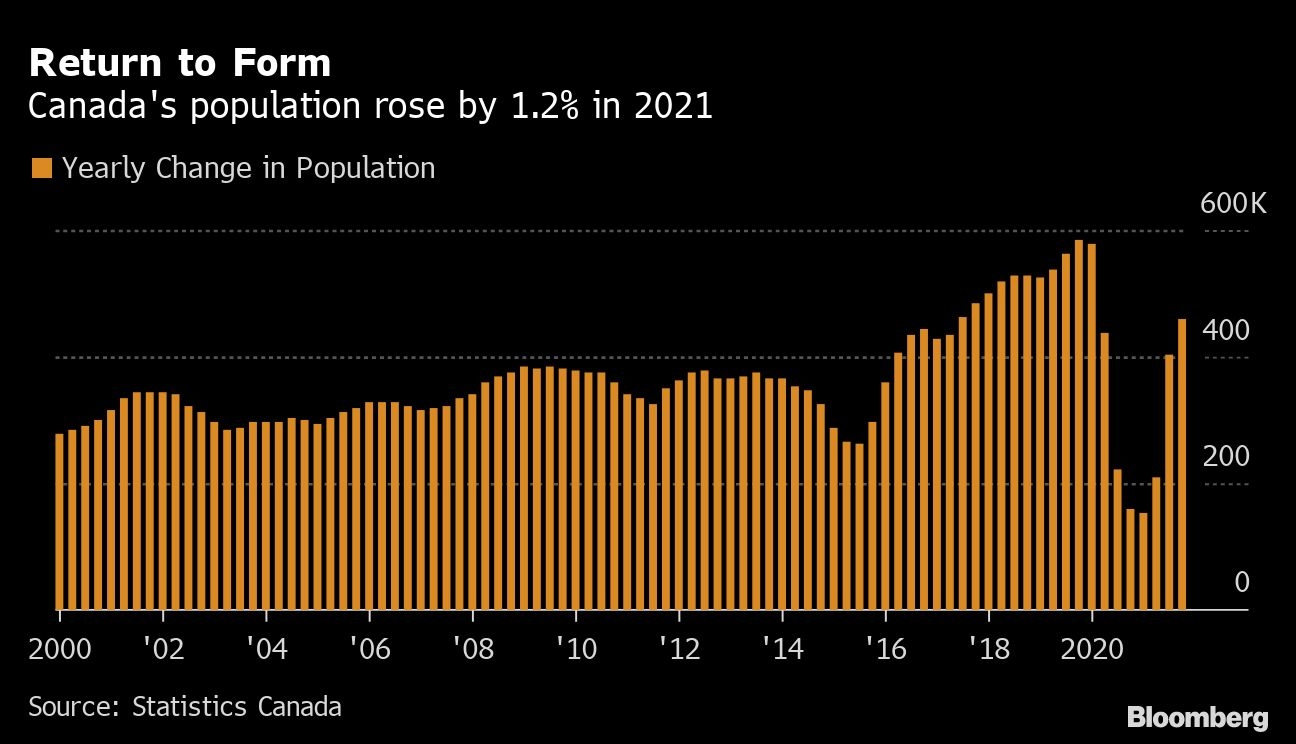 In the final three months of 2021, population grew by 0.2 per cent, or 90,313. It’s the second biggest fourth-quarter population increase in the past three decades.