Canada’s population got younger for the first time since 1971, a potential reversal of a demographic trend driven by the government’s open immigration policies.

The median age of people living in Canada in 2022 edged down to 41, the first decline in more than five decades, according to data released Wednesday by the national statistics agency. The median age had climbed steadily from 26.2 in 1971 to 41.1 last year as the population ages, a trend observed in many advanced economies. 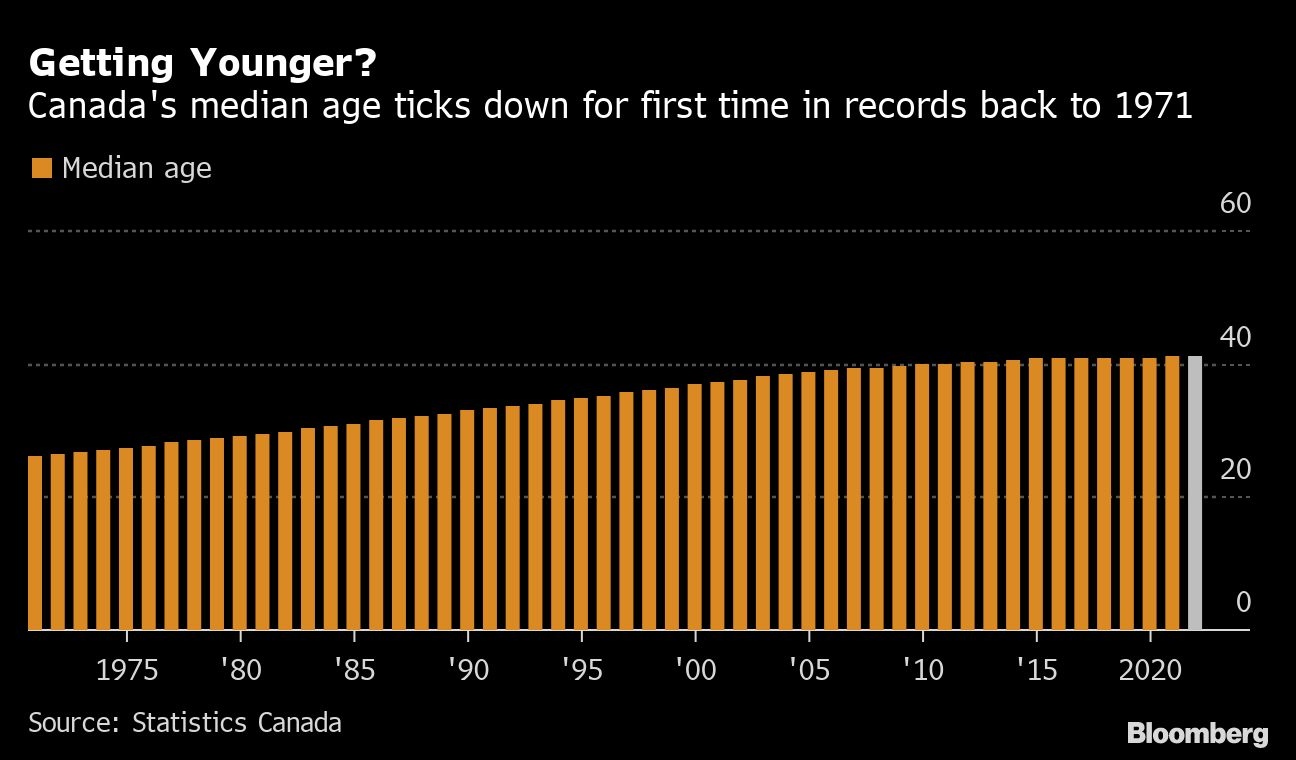 In recent years, Canada has ramped up its efforts to bring in working-age immigrants to replace workers retiring from the labor force and offset a decline in fertility rates. In the second quarter, the country recorded its fastest pace of population growth since 1957 thanks almost entirely to immigration.

The median age divides the population into two parts of equal size, and is a key measure for a country’s age distribution. Countries with the world’s youngest median ages of about 15 include Niger, Uganda and Angola, while Monaco, Japan and Germany have some of the highest at around 50 years old.