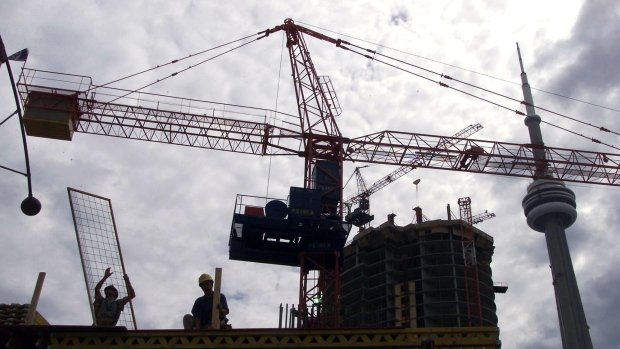 OTTAWA - Canada's rental vacancy rate edged up in 2016 as the supply of apartments increased, but rental housing was harder to find in Vancouver and Toronto, where a long housing boom has driven real estate investment and a condo building boom.

Canada's vacancy rate increased to 3.4 per cent in October from 3.3 per cent a year earlier, as the number of new units hitting the market outpaced the rise in occupancy, the Canada Mortgage and Housing Corp said on Monday.

Several cities bucked the trend, however, with the market tightening in Vancouver and Toronto, where the vacancy rate fell to 0.7 per cent and 1.3 per cent, respectively.

The tight market drove rents higher as well, with the average cost of renting a two-bedroom apartment up 5.7 per cent in Vancouver and 3.1 per cent in Toronto from a year earlier, well above Canada's 1.5 per cent annual inflation rate.

Years of bidding wars and rising house prices in Vancouver and Toronto have sparked fears of a Canadian housing bubble and spurred foreign investment in condominiums, though the housing market in the rest of the country has largely cooled.

The oil and commodity slump doused rental demand in the energy heartland of Alberta, where the vacancy rate swelled to 8.1 per cent from 5.6 per cent a year earlier. Rents in the province dropped 5.0 per cent for the year, with the cost of renting a two-bedroom apartment falling 7.5 per cent in Calgary, where many oil companies are headquartered.

The federal housing agency noted that fewer renters moved to home ownership in 2016 in Ontario, Canada's most populous province. Double-digit annual increases in Toronto home prices have made a home purchase unaffordable for many, and the government has moved several times in recent years to make it harder for home buyers to take on too much debt to get into the market.