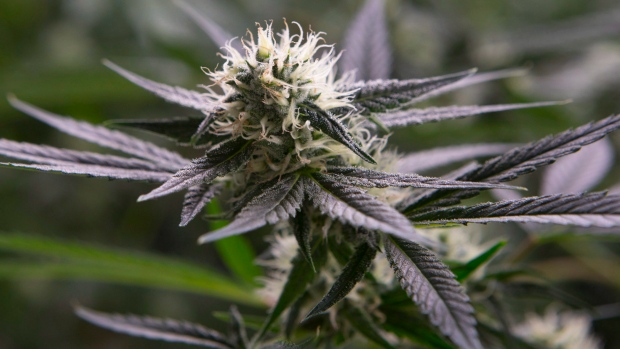 A plant is pictured in the "grow room," at Scientus Pharma, a biopharmaceutical company focused on medicines based on cannabis, at their their facility in Whitby, Ont., Monday, February 26, 2018. , THE CANADIAN PRESS/Chris Young

Some of Canada’s richest marijuana investors just got a little richer -- at least on paper.

The biggest shareholders in Markham, Ontario-based pot grower MedReleaf Corp. now have stakes worth more than $200 million each following Aurora Cannabis Inc.’s acquisition for about $2.9 billion in stock, the largest deal in the sector.

MedReleaf holders, including Gibraltar-based investor Tarik Ouass, along with Raymond Leach and Stephen Arbib have combined stakes worth about $1.74 billion, based on the deal valuations. If the takeover is completed, the investors would own Aurora stock. MedReleaf rose 3.7 per cent Monday to $25.78, and has risen 21 per cent this year.

While the surge in value in the nascent market has increased the number of wealthy holders, investors should be selling into the “enthusiasm” for this all-paper deal, Chris Damas, editor of the BCMI Cannabis Report, said Monday in a note.

“Neither company is making any money at the EBITDA level,” Damas said, referring to earnings before interest, taxes, depreciation and amortization. “It is hard to make a big case that cutting expenses is suddenly going to create a wave of cash flow.” 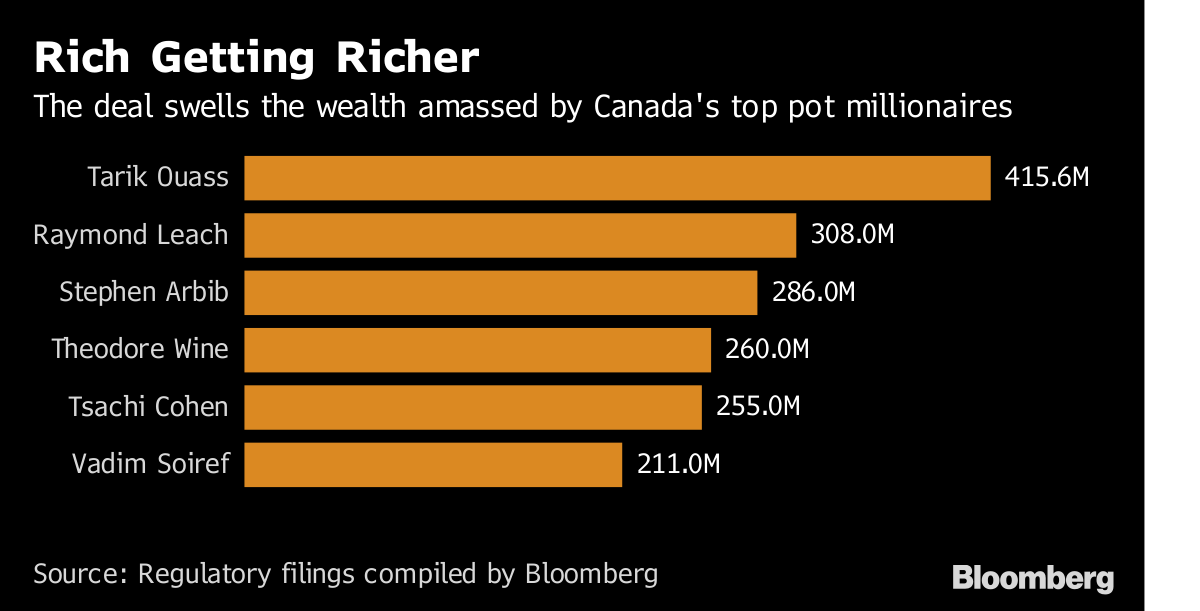 Many Canadian pot startups have little or no profit as they race to expand their production ahead of legalization of recreational marijuana this year. Aurora Cannabis, which has a market value of $4.59 billion, had sales of $18.1 million in the year through June 2017. MedReleaf posted revenue of $40.3 million in the year through March 2017, according to its most recent annual income statement. The BI Canada Cannabis Competitive Peers Index has tumbled 28 percent this year, though has still doubled in the past 12 months.

The MedReleaf millionaires may not last long as Aurora holders after the deal, according to a note from GMP Securities analyst Martin Landry.

“We are concerned that existing MedReleaf shareholders may not be locked-up post the acquisition, potentially putting pressure on Aurora’s share price due to some shareholders wanting to monetize their gains.”

--With assistance from Aoyon Ashraf .