Canada’s trade deficit narrowed in April to the lowest in six months, as exports continue to rebound from a recent slump.

The nation’s trade gap narrowed to $966 million, from a downwardly revised $2.3 billion deficit in March, Statistics Canada said Thursday in Ottawa. Exports rose 1.3 per cent in April, driven by a surge in gold shipments, after a 4.4 per cent gain in March. Imports, meanwhile, declined. 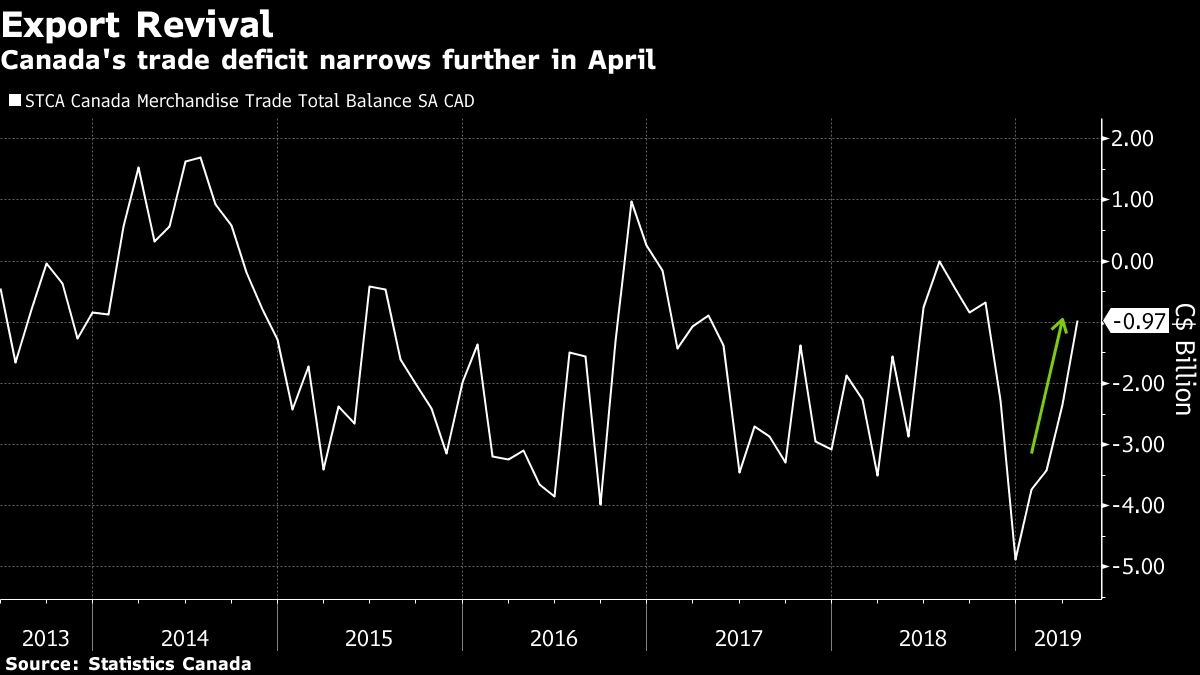 -Canada’s ability to recover from its recent soft patch will in large part hinge on a recovery in exports, and signs are pointing to renewed strength after a brutal winter for the sector. In March and April, exporters posted the strongest two-month gain in shipments since the end of 2017 while the back-to-back gain is the largest in three years in volume terms

-The data suggest the trade sector is on track to add to growth in the second quarter. Export volumes rose 2% in April, while import volumes were down 1.9 per cent. The large trade gap in volume terms in the first quarter was the main reason why Canada’s economy stalled in the first three months of 2019

-March was also a better month for exporters than initially estimated. Statistics Canada revised up nominal exports by about $1 billion for the month