Canada’s trade balance swung back into surplus in January, on a sharp decline of imports led by the auto sector.

The nation recorded a trade surplus of $2.6 billion (US$2 billion), from a sharply revised deficit of $1.6 billion in December, Statistics Canada reported on Tuesday. That’s the widest monthly surplus since 2008. Imports fell 7.4 per cent, led by a 14 per cent drop in shipments into Canada of motor vehicles and parts. 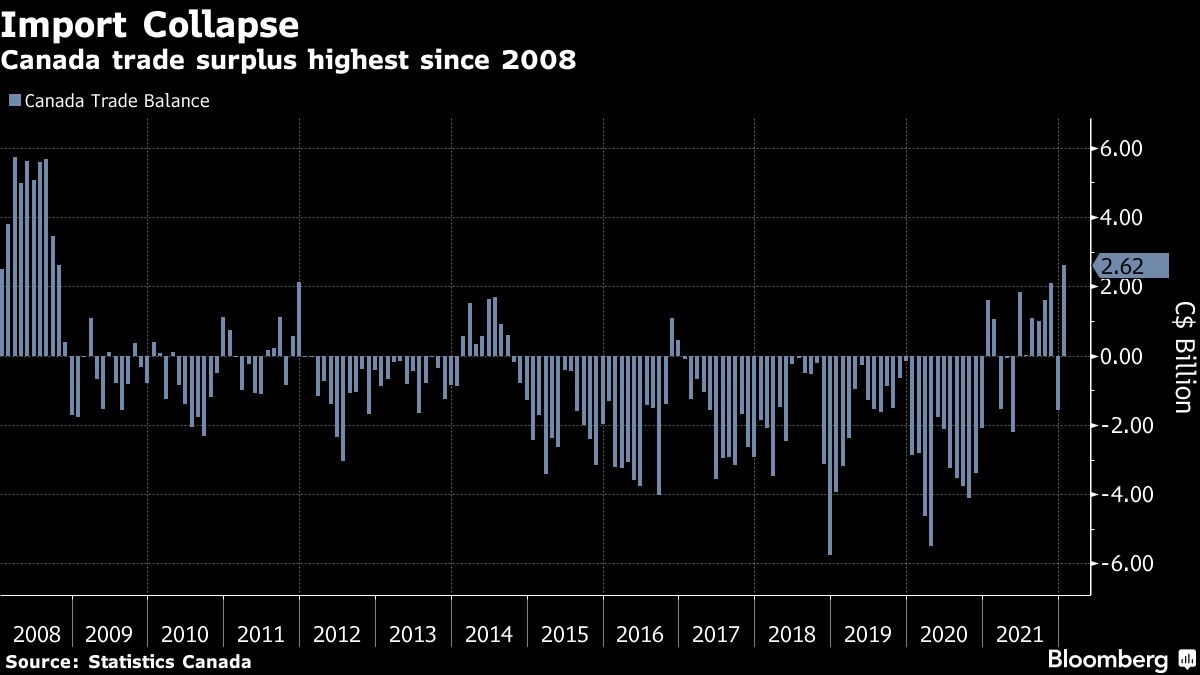 Statistics Canada said supply issues were partly to blame for the drop in the auto sector, but import declines were broad-based with 10 of 11 product categories recording a fall.