OTTAWA -- The unemployment rate fell last month to its lowest level since the start of the last major recession, but details within Statistics Canada's latest labour report -- including a record-low for wage growth -- dampened what has otherwise been a strong run for the job market.

Job creation cooled down in April and produced a net increase of just 3,200 positions, a figure so low it was statistically insignificant, the agency's workforce survey said Friday.

However, Canada managed to hang on to the job gains from the unusually long streak of past months -- and over the last year more than two-thirds of the labour-market growth has been full time, said RBC senior economist Nathan Janzen.

Year-over-year workforce participation is up and Janzen noted that April's 6.5 per cent jobless rate -- which dropped from 6.7 per cent in March -- is now below its 10-year, pre-recession average level.

The unemployment rate was lower last month than it had been since October 2008 and 0.6 percentage points lower compared to a year earlier, as fewer youth searched for work.

“This is still a Canadian economy and a Canadian labour market that has generated a lot of jobs. So I don’t think one report  that’s slightly weaker necessarily undoes that,” Eric Lascelles, chief economist at RBC Global Asset Management told BNN in an interview Friday.

"The unemployment rate of course quite low,  often some little gremlins in there, but still the fact remains this was a country with an employment rate notably north of seven [per cent] not too long ago, now in the mid-sixes," he added. "This is still a Canadian labour market going in the right direction.”

In a research note to clients, Janzen highlighted that there was a "fly in the ointment": April's historically feeble wage growth.

"On that one, it's just puzzling," Janzen said in an interview.

"Typically, you would say we actually have relatively tight labour markets, but it's just not generating wage growth. So, I think that wage measure is the main one that's going to keep giving the Bank of Canada pause, and it gives us pause as well." 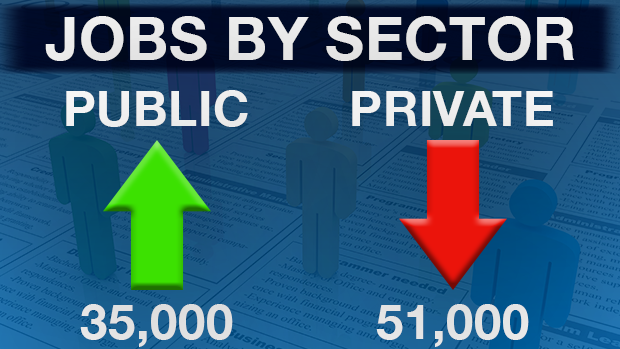 Hourly wages for all employees expanded by 0.7 per cent in April, the slowest year-over-year growth since the federal agency started collecting that data in January 1997. For all permanent employees, wages expanded compared to a year ago by just 0.5 per cent -- also an all-time low.

Janzen said wage growth is an important indicator, particularly for the Bank of Canada as it mulls interest-rate decisions. The data points to households' purchasing power and the health of their monthly income statements.

Jimmy Jean, a senior economist for Desjardins, called the wages result "dreadful" in his research note Friday. Jean added that wage growth even managed to stay above two per cent during the 2008-09 recession.

"The (Bank of Canada) can be expected to use anaemic wage growth to further downplay the unemployment rate's decline and claim proof of 'material excess slack' still being prevalent in the labour market," Jean wrote.

A consensus of economists had expected the unemployment rate to stay at 6.7 per cent, according to Thomson Reuters.

A closer look at Friday's data showed a loss of 50,500 positions in the more-desirable private-sector category, while the public sector added 35,200 jobs. There were also 31,200 fewer full-time jobs last month, while the number of part-time positions grew by 34,300.

The youth unemployment rate slipped 1.1 percentage points to 11.7 per cent last month with help from a 0.5-percentage-point drop in the youth participation rate.