Canada’s population growth ground to a halt in the third quarter after travel restrictions and closed borders prevented most forms of immigration.

In the three months through September, Canada’s population was essentially unchanged, up 2,767 to just over 38 million, Statistics Canada reported Thursday, citing negative international migration due to the COVID-19 travel restrictions as the main factor. That marks the slowest increase in data back to 1946.

The stall highlights the impact COVID-19 is having on Canada’s once-robust population growth, a worrying sign for an economy that relies on immigration for demand and to offset an aging demographic.

Because the country saw negative international immigration flows in the third quarter, nearly all of the population growth came from natural increase -- or more births than deaths, the statistics agency said.

Canada welcomed 40,069 immigrants in the third quarter, but reported a record net loss of almost 66,000 non-permanent residents, the agency said.

Typically, Canada welcomes large numbers of international students each fall. But with travel restrictions and online classes, many have opted to stay in their home country.

On a year-over-year basis, the country’s population grew 0.5 per cent. 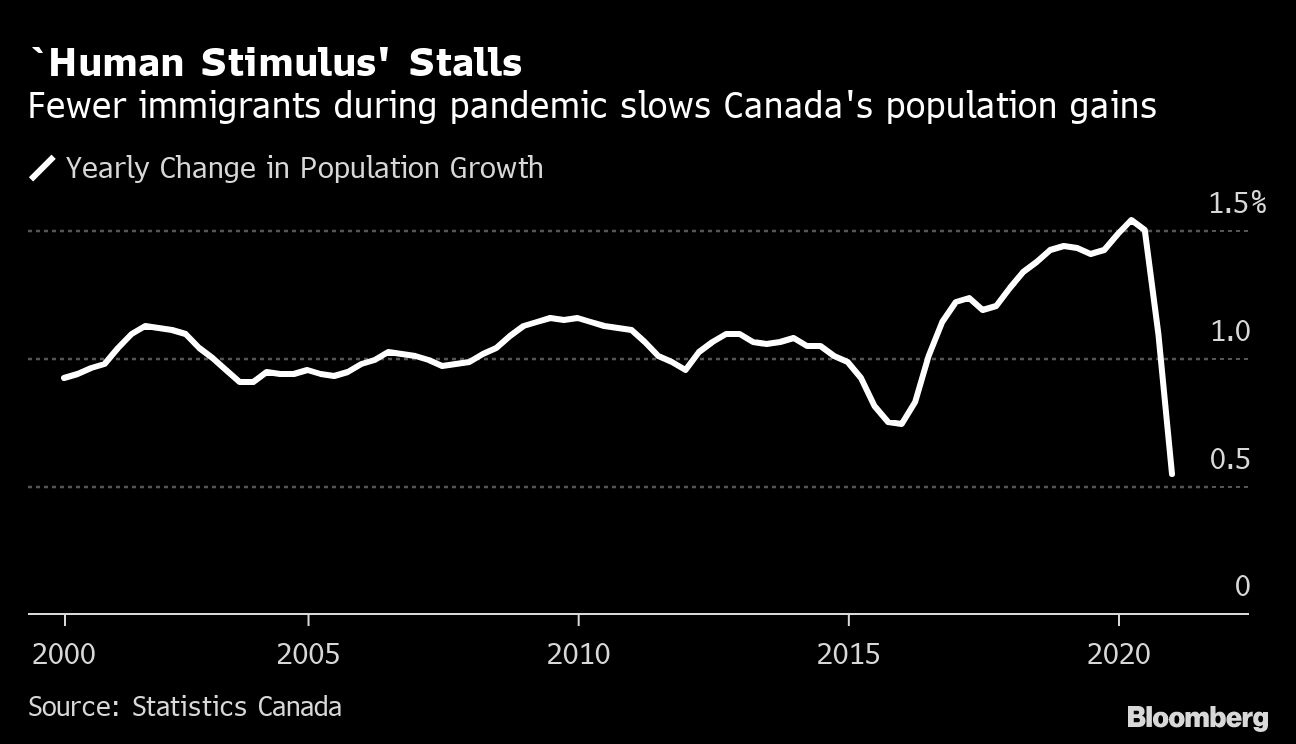