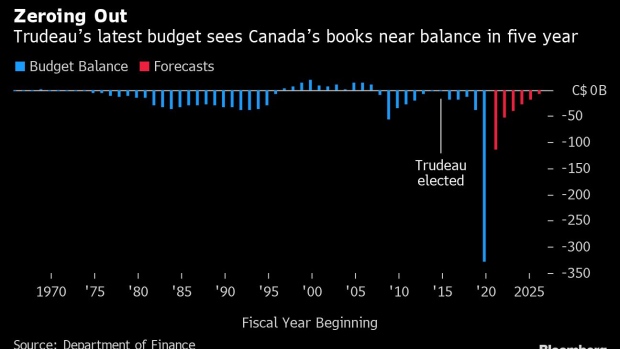 (Bloomberg) -- Canadian Finance Minister Chrystia Freeland released a much more prudent budget than expected, keeping new spending in check while allocating much of a revenue windfall toward deficit reduction. The plan sees the nation’s finances nearly in balance within five years.