Canada will buy Kinder Morgan Canada Ltd.’s Trans Mountain oil pipeline and its controversial expansion project for $4.5 billion in a bid to ensure it gets built amid fierce opposition.

“It must be built and it will be built,” Finance Minister Bill Morneau said in Ottawa, as he and Natural Resources Minister Jim Carr unveiled the deal, which includes the expansion, related pipeline and terminal assets, and is expected to close in August. Construction will continue through the 2018 season and the federal government will sell it to one or more new owners when “appropriate.”

The purchase marks a stunning development for Prime Minister Justin Trudeau’s government -- effectively nationalizing the country’s highest-profile infrastructure project until an operator can be found. The project has been beset by legal uncertainty and rising protests from environmental groups and the province of British Columbia.

“We think obviously this is very constructive for Kinder and for Canada and clearly for Canadian producers in particular because it creates a lot of regulatory certainty over the time that the Trans Mountain expansion can get done,” Katie Bays, an analyst with Height Securities LLC in Washington said in a telephone interview. “For Kinder this allows them to ameliorate some of the risk that they are carrying that the market doesn’t like.”

We are able to pursue this project with confidence, because we know that we are upholding the trust Canadians have placed in us to both grow our economy and protect our environment. 2/2

Today, we’ve taken action to create & protect jobs in Alberta and BC, and restart construction on the TMX pipeline expansion, a vital project in the national interest. Watch Ministers @Bill_Morneau and @jimcarr_wpg: https://t.co/cgAn3lH8jq

Canada first offered this month to indemnify the expansion project before announcing Tuesday’s plan. The deal includes the existing pipeline that’s been in operation since 1953.

Morneau said there’d be no fiscal impact of the plan -- suggesting he doesn’t expect to make or lose money on the deal. He declined to say what construction costs would be for the expansion project, and downplayed concerns about finding a new buyer. “Many investors have already expressed interest in the project, including Indigenous groups, Canadian pension funds, and others,” the finance minister said.

The government’s plan has several stages.

Construction will continue through the summer with a federal loan guarantee as the deal is finalized Kinder Morgan and the government will seek a third-party buyer or buyers for the project until July 22. Senior federal officials, speaking on condition of anonymity, said the government has the option to sell the project to private investors before Canada completes its own purchase agreement Barring that, the federal sale is expected to close in August. In the event of a resale, the government would then “indemnify” the new owner or owners against certain costs or delays. It isn’t “the intention of the Government of Canada to be a long-term owner of this project,” Morneau’s department said in a statement.

Buying the pipeline outright became increasingly likely after Trudeau first pledged only to backstop it. The prime minister reiterated his intentions to get the line completed as he headed into a meeting with his cabinet Tuesday. The move will be a key test of Trudeau’s bid to balance the environment and the economy by backing the $7.4 billion pipeline expansion while pushing a national carbon price to reduce greenhouse gas emissions.

Political opposition is already building. Conservative Party Leader Andrew Scheer said Kinder Morgan wasn’t asking for money but for “certainty” on how to build the pipeline. “Using taxpayers’ money is just Justin Trudeau trying to buy his way out of his own failure,” Scheer told reporters in Ottawa.

This is a major step forward for all Canadians.
We have met the deadline.
This project has more certainty than ever before.
We won’t stop until the job is done!
I’ll have more to say later this morning. #KeepCanadaWorking #ABleg #ABpoli #TMX

The provincial government in oil-producing Alberta will create an emergency fund of as much as $2 billion for the project, which would only be used in “unforeseen circumstances.” Alberta “will receive value commensurate to their contribution, through equity or profit sharing” in return, according to the government statement. “Any extraordinary costs will be covered together” with Alberta, Morneau added.

“This is a good day for Kinder Morgan shareholders,” said Paul Bloom, president of Bloom Investment Counsel Inc. in Toronto, which owns about 300,000 shares of Kinder Morgan Canada. “It got a very good price for their assets.” 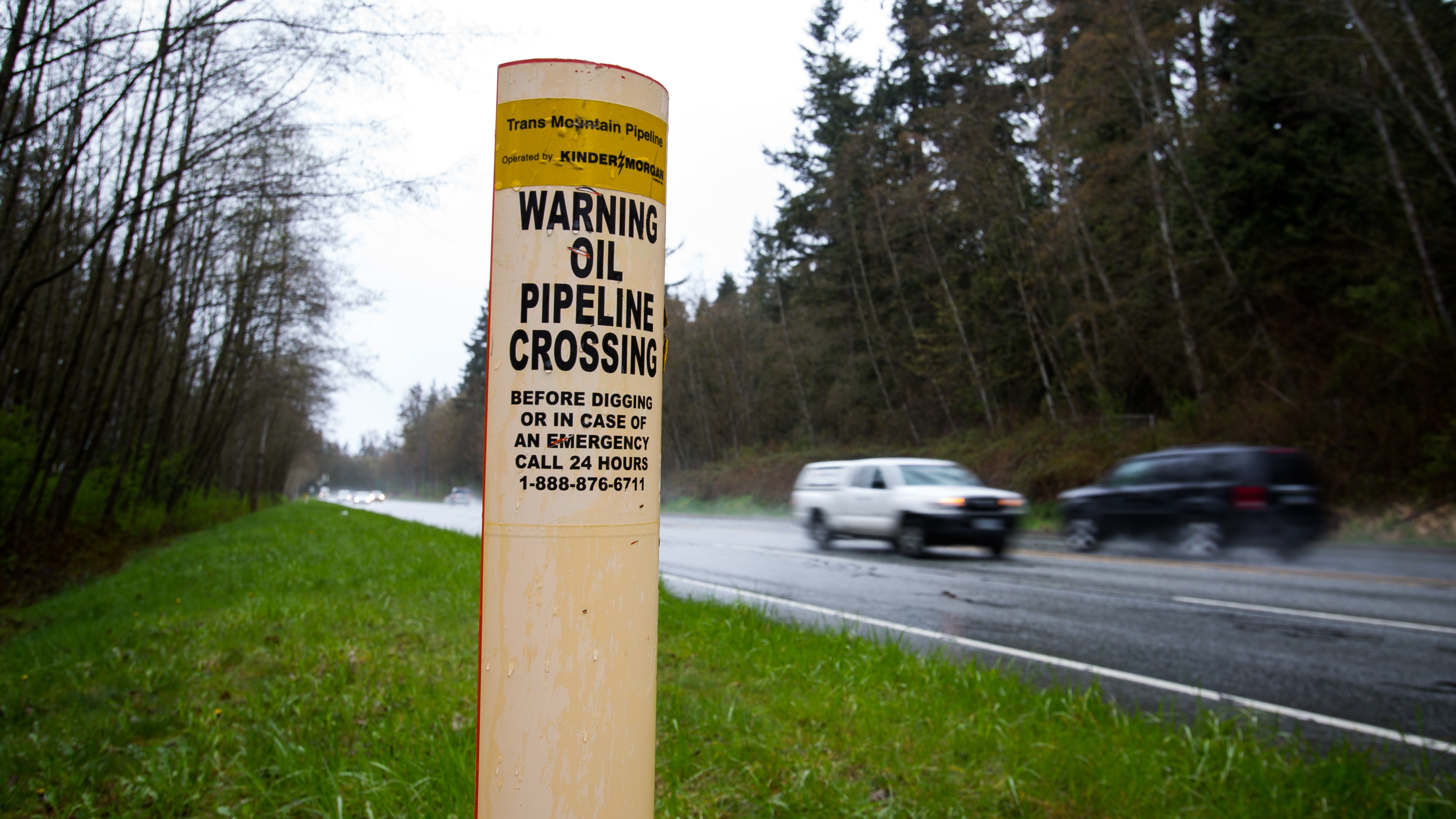 Do you support the federal government’s purchase of Trans Mountain?

Kinder Canada Chief Executive Officer Steven Kean said on a conference call the company hasn’t yet decided how it will use the proceeds from the sale and it will consider options including acquisitions and stock buybacks. The company also said it still has a strong set of midstream assets in Canada and that the Trans Mountain sale will help its Edmonton terminals business.

The company has put $1.1 billion into the $7.4 billion pipeline, including funds spent on upgrading the Westridge Marine Terminal in Burnaby, Kean said in a statement on April 9.

The sides had been in talks since the company set a May 31 deadline for the government to give certainty in the face of opposition from British Columbia, which is concerned about increased tanker traffic and possible oil spills along the Pacific coast.

The Trans Mountain expansion would almost triple capacity to 890,000 barrels of oil on a line running from Alberta to a terminal near Vancouver. The 980-kilometre (600-mile) expansion is seen by the oil industry as a crucial link to Asian markets, allowing producers to diversify away from the U.S., which takes the vast majority of Canadian oil exports.

“How much of a win is this for Canadians? That’s a big question,” said Bloom. “The government was under tremendous political pressure to get this deal done. Did they overpay? Maybe."

Gwyn Morgan, former CEO of Encana, joins BNN Bloomberg to provide perspective on Ottawa's decision to buy Trans Mountain. When it comes to international investor confidence in this country, he says that this move is, "too little, too late."