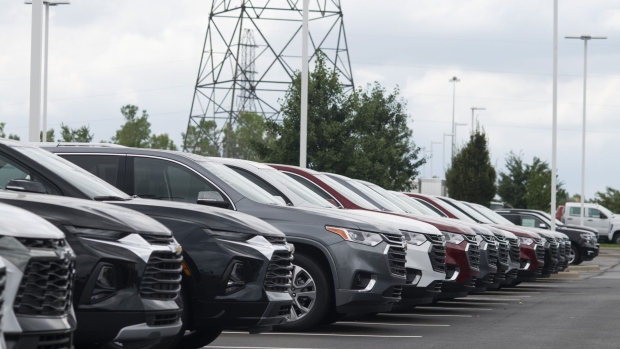 According to estimates compiled by DesRosiers Automotive Consultants, Canadian light vehicle sales totalled 136,584 in the month, down from 169,876 last year.

DAC says the seasonally adjusted annual rate of sales came in at an "undeniably weak" 1.55 million.

Andrew King, managing partner at DAC, says there have been dramatic divergences in sales performances between companies because of the semiconductor shortages.

He says that Ford and Fiat Chrysler Automobiles, now known as Stellantis, have lost further market share, while companies like Toyota, Kia and Volkswagen have seen notable sales gains.

Ford was still the top-selling brand in the quarter, followed by General Motors and FCA.