Why this market strategist does not own Canadian bank stocks

Canadian bank shares are returning with a vengeance, after lagging Canada’s broader stock market for much of the year.

Toronto-Dominion Bank shares are on pace to climb for 13 straight days, the longest winning streak since at least 1983. Canadian Imperial Bank of Commerce has been rising for 12 days, its longest run since May 2018. And shares in Royal Bank of Canada, the country’s largest lender, are pushing toward a record high set in January 2018.

Financial stocks have been the second-best performers:

Buying stocks with strong dividend yields in the current low interest rate environment is attractive right now, said Thomas Caldwell, chairman of Caldwell Securities Ltd., citing CIBC as an example. Canada’s dividend tax credit makes stocks like CIBC worthwhile for investors, as “it makes more sense to own the bank than to have money in the bank. Even at these levels.” 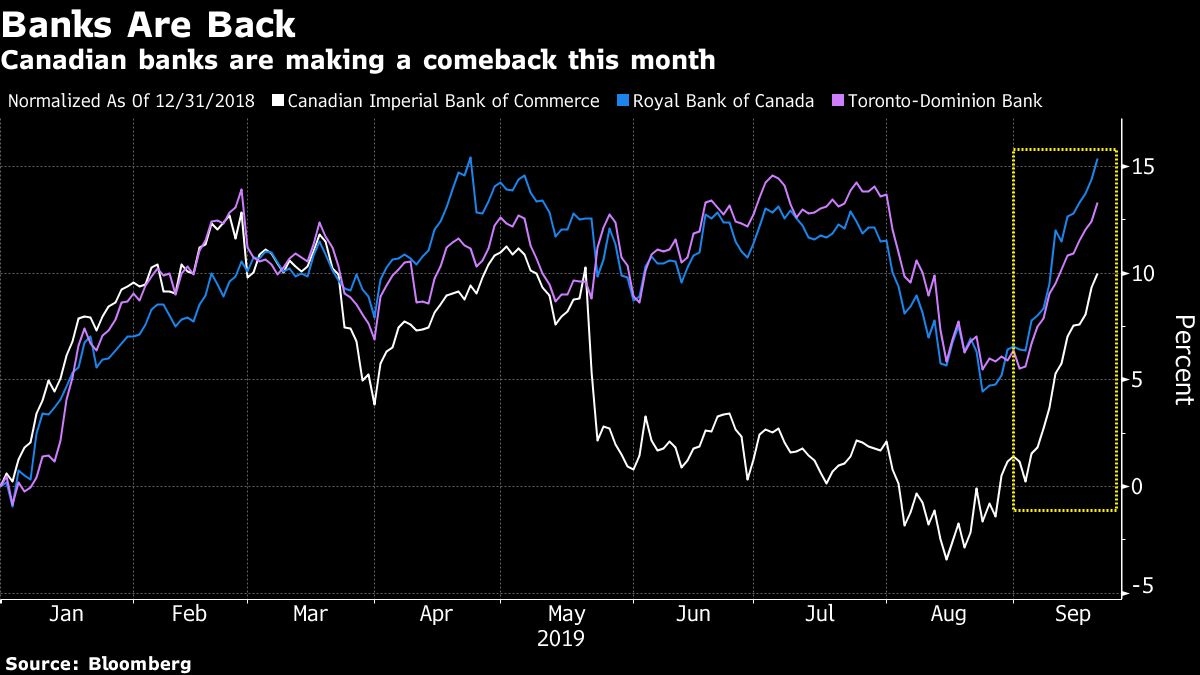 The biggest eight lenders have gained about $31 billion (US$23 billion) in market cap this month amid a reversal in momentum stocks.

Canada’s large lenders, which make up more than 20% of the country’s S&P/TSX Composite Index, have been lagging the benchmark index for the first time since 2010. The eight-company S&P/TSX Commercial Banks Index has returned 16% this year, compared with the 21% return of the Canadian benchmark.