'It's an employee's market: HR strategist on Canada's labour shortage

Canadian banks increased their pay per worker 6.3 per cent in fiscal 2021, more than twice the average boost in the previous three years, as inflation and competition make it costlier to attract and retain employees.

The gain was driven in large part by last year’s 18 per cent increase in bonuses as financial firms rewarded investment bankers and traders who had posted two straight years of strong results. With those workers in especially high demand, banks are opening their wallets to keep top talent from jumping to rival firms. 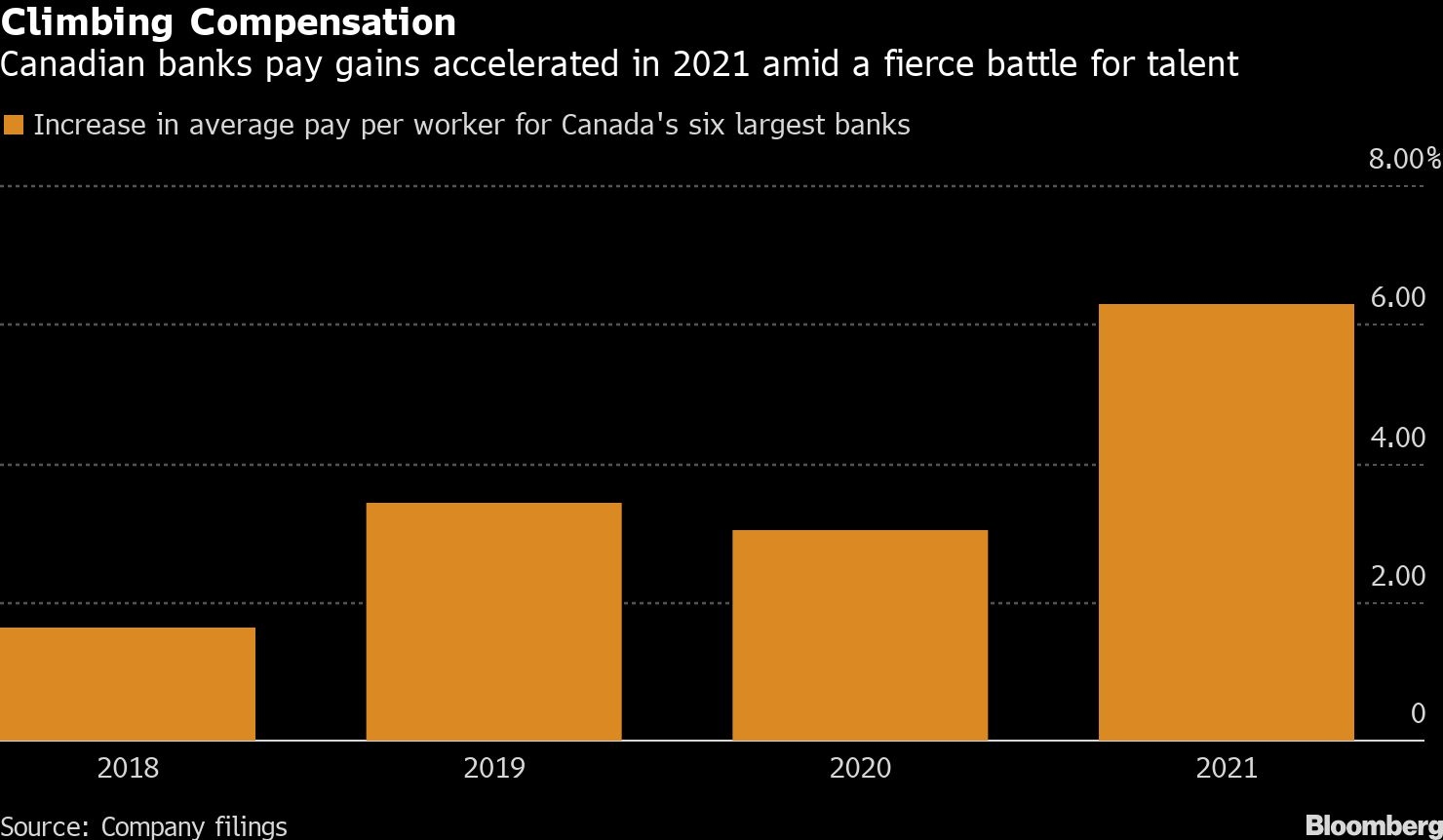 Among the country’s largest lenders, National Bank of Canada had the biggest pay-per-worker increase. Chief Executive Officer Laurent Ferreira said last year that the large boost to his company’s bonus pool was intended to bring it up from the lower end of the pay scale compared with other banks. 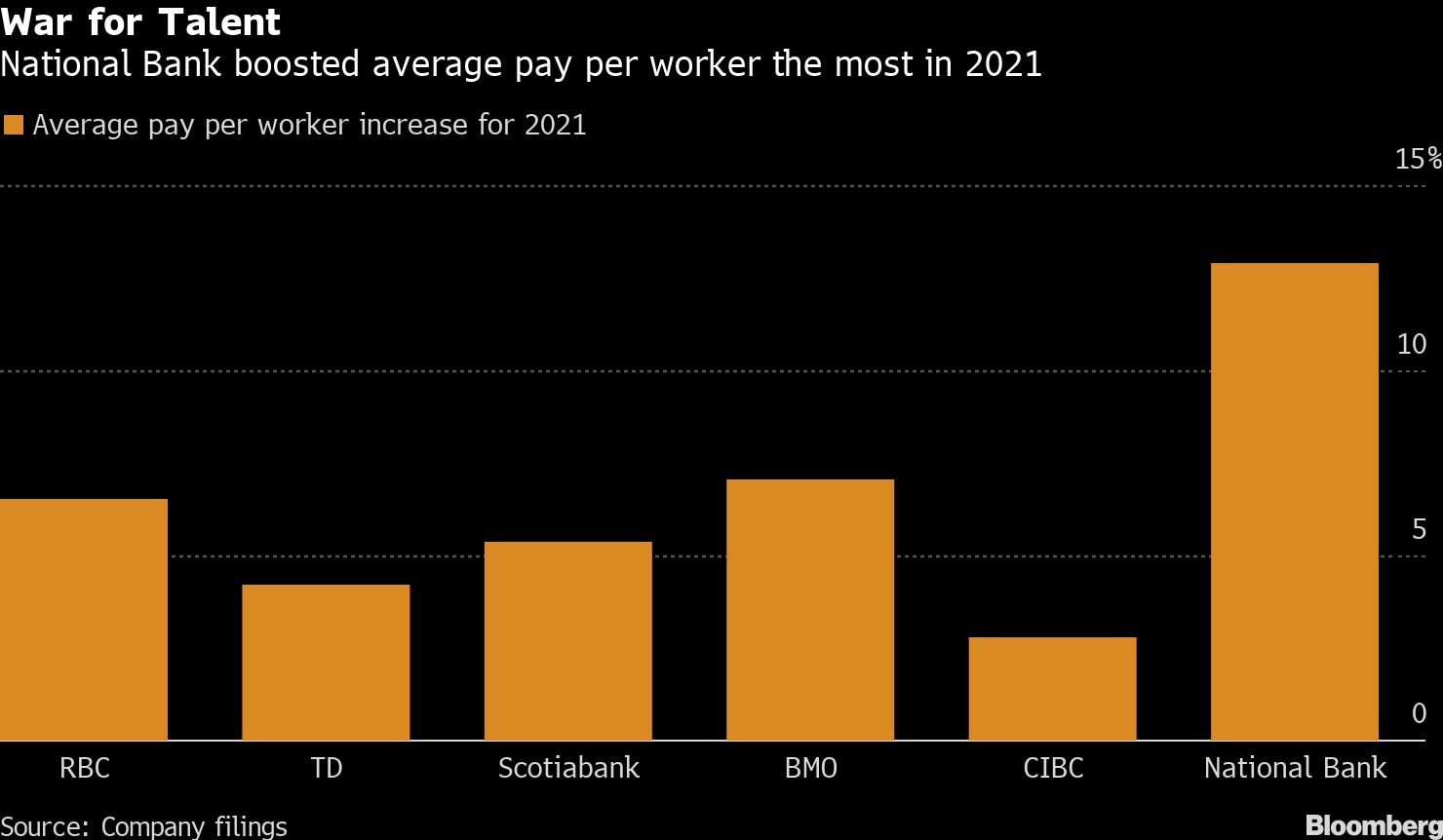 While paying investment bankers to stick around was a dominant theme last year, the hunt for tech workers is shaping up to be a major trend for 2022.

Royal Bank of Canada CEO David McKay said earlier this month the battle for tech talent was among his top concerns for the year, and that banks have never faced more competition for workers in engineering, artificial intelligence, data, mathematics and coding. Earlier this week, Toronto-Dominion Bank announced plans to hire more than 2,000 technology workers this year, more than six times the number it added last year.

Any significant increase in hiring would mark a turnaround from the past two years. Canada’s six largest banks added a combined 1,800 workers last year, a 0.5 per cent gain, after their workforces shrank by 11,554 people, or 3 per cent, in 2020.

While much of the 2020 decline can be attributed to Bank of Nova Scotia’s divestitures of portions of its Latin America-focused international business, employment across the industry even excluding Scotiabank would have shrunk by 1,742 that year and risen by just 3,759 last year. That compares with additions of 12,217 workers in 2019 and 18,022 in 2018. 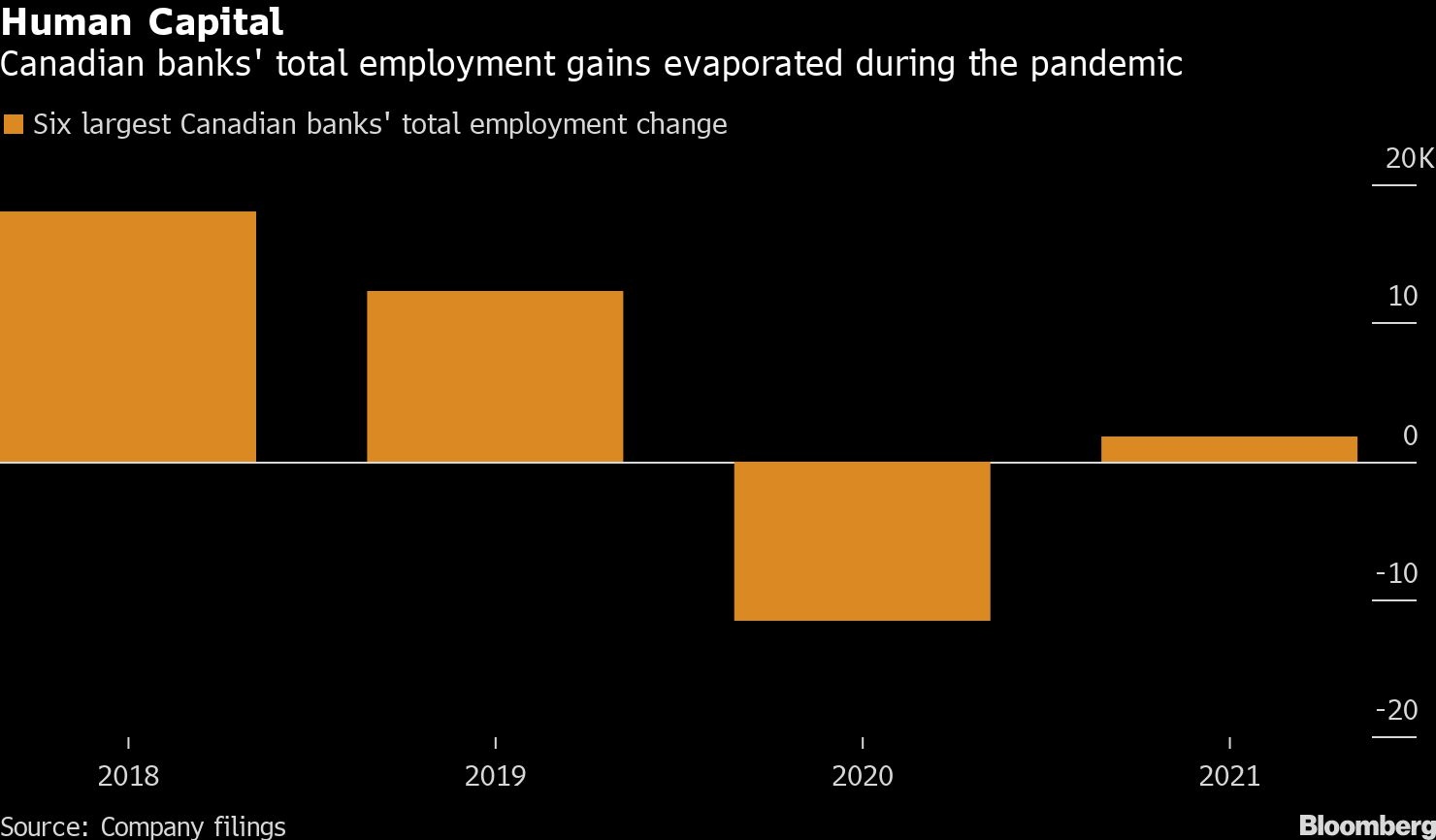 While Scotiabank has been the most aggressive at trimming its headcount, Canadian Imperial Bank of Commerce added the most workers on a percentage basis last year. CEO Victor Dodig has said the bank is focusing on growth and will invest in front-line workers and others who generate revenue.

Last year, Bank of Montreal’s total employment increase was in the middle of the pack. This year, it may leap forward with its planned takeover of BNP Paribas SA’s Bank of the West unit, which has about 9,000 workers. 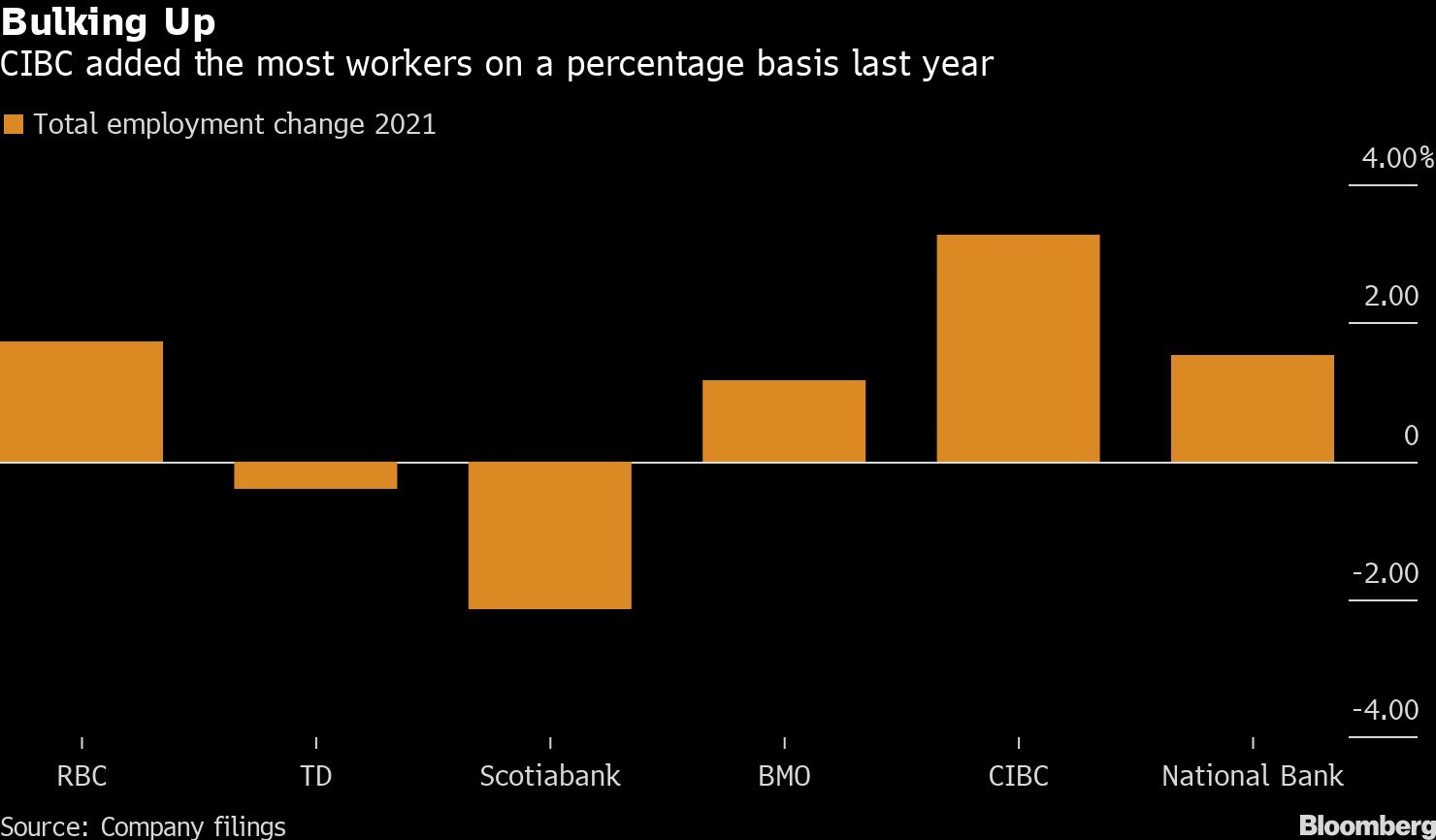